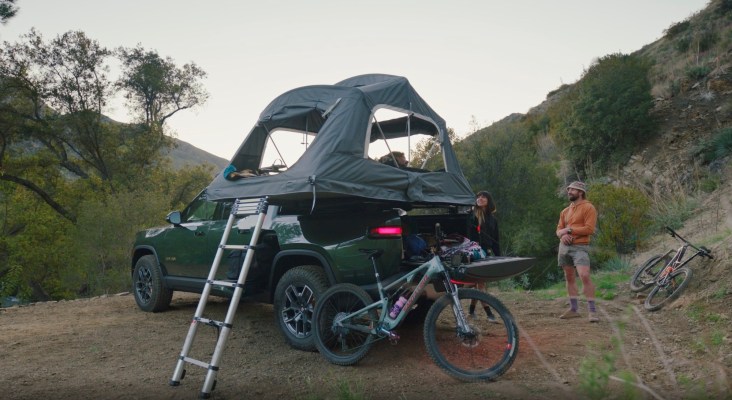 Electric vehicle maker Rivian filed a new trademark for bicycles and electric bikes, as well as their corresponding structural parts. The move might signal that Rivian is considering getting on the e-bike demand train and diversifying its portfolio with a product that is cheaper to produce at scale than electric pickup trucks and in line with its targeted “adventure” seeking demographic.

Rivian told TechCrunch it had nothing to share on the matter.

Companies often file trademarks for products they don’t end up using, but other automakers are beginning to see the value in the e-bike industry that saw a growth rate in sales of 240% over the 12 months leading up to July. Last year, Porsche launched two new e-bikes that were designed with the spirit of the Taycan Cross Turismo. BMW has also released plans to produce several e-bikes and other micromobility vehicles lately, as well, like its all-electric CE 04 scooter.

Last month, Rivian shared plans to use some of the $13.7 billion it raised when it went public to build a second factory in Georgia (its first is in Illinois) to double its production capacity and produce battery cells – cells which can ostensibly be used in batteries for other types of vehicles, as well.

According to the filing, which was first revealed by Rivian Forums, Rivian wants to expand the use of its trademark to include the following:

Rivian also recently filed a patent for an integrated tailgate cargo system for automotive vehicle, which is essentially a tailgate bike rack that will allow drivers to carry a bike in their pickup without losing bed space. Perhaps the company, which likes to provide accessories for its R1T truck, wants to design the whole package for its target audience – the eco-conscious rugged American explorer.