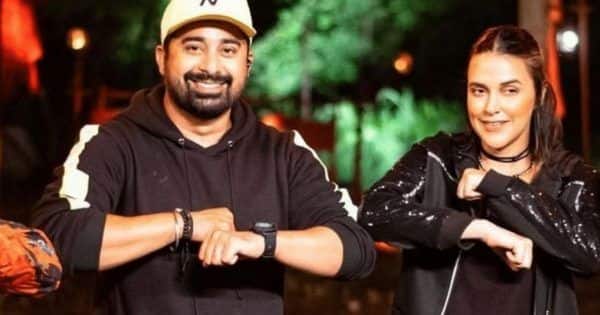 Roadies season 18 is underway with a new host as Sonu Sood has been roped in to be the new face of the ling-running reality show with both Rannvijay Singha and Neha Dhupia moving on from their lengthy associations with the brand. Considering that Rannvijay and Neha have opted out of being a part of Roadies 18, there was a huge cloud over the participation of the other gang leaders. Well, the weeks of speculation have now come to pass with word coming in that Nikhil Chinapa and Raftaar have also quit Roadies. Raftaar was a part of the reality show since 2018, while Nikhil Chinapa has been seen on it since way back since the third or fourth season. Also Read – Aly Goni-Jasmin Bhasin alleged breakup, Tejasswi Prakash-Karan Kundrra’s coffee date, Naagin 6 promo and more: TV News Weekly

Confirming his ouster to Indian Express, Nikhil Chinapa said that he’ll really miss the atmosphere, challenges and conversations with his fellow gang leaders as also his bond with the entire crew, which has perennially been supportive. On the other hand, Raftaar claimed that he was anyway going to opt out of Roadies 18 even if the format of the show wasn’t undergoing a sea change, on account of his other projects that are lined up. Also Read – Mithya to A Thursday: 5 new films and shows to watch this weekend on ZEE5, Disney+ Hotstar and other OTT platforms

Raftaar’s statement alludes to rumours that Roadies will be reverting to its old format, where Sonu Sood will do a Rannvijay and be the host of the show while the contestants will be seen performing tasks each episode, and then at the end of the episode, nominate individuals, with the one receiving the most votes being evicted. From what we’ve been hearing, Roadies 18 will no longer have gang leaders as was the norm in the recent past, with Sonu Sood being the sole face of the bike-themed reality show, which could also explain the reason behind Rannvijayy Singha, Neha Dhupia, Nikhil Chinapa and Raftaar leaving it. Also Read – Rannvijay Singha in Roadies to Remo D’Souza in Dance India Dance: 6 TV show judges who were REPLACED on HIT shows; know the reason

Among other reports, there’s strong buzz that the original founders of Roadies, Raghu Ram and Rajiv Lakshman, will be making their comeback. It’ll mark Sonu Sood’s first foray into hosting a TV show, but as popular as he is with the audience, it remains to be seen how he’s accepted in place of Rannvijay, given the insane fan-following the latter enjoyed among Roadies enthusiasts.