Rohit Sharma could enter an elite list of captains on Friday.© BCCI

Rohit Sharma-led India will look to complete a whitewash over West Indies when the two sides face off in the third and final ODI of the ongoing series in Ahmedabad on Friday. India lead the series 2-0, having notched victories in the first two matches. While India defeated West Indies by six wickets in the opening ODI on Sunday, the home side won again in the second ODI three days later by 44 runs. India now have the chance to register their first whitewash win in an ODI series since 2017, when the team claimed a clean sweep over Sri Lanka in a five-match series. India also haven’t claimed a whitewash series win at home since 2014, when they beat Sri Lanka in a five-match series.

Rohit Sharma can join an elite list of captains if India manage to beat the West Indies on Friday. Rohit will become the eighth Indian captain to lead the team to a series whitewash win if his side emerges victorious in the final ODI. 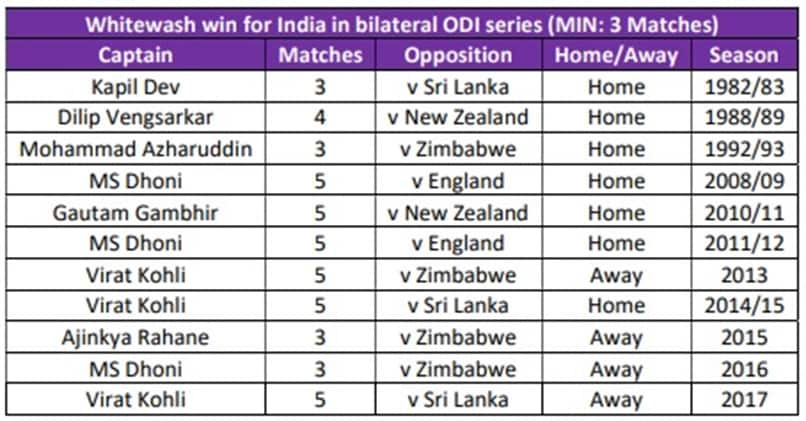 This will also be India’s 12th series whitewash victory if they win on Friday.

India have never previously managed to sweep an ODI series against the West Indies. 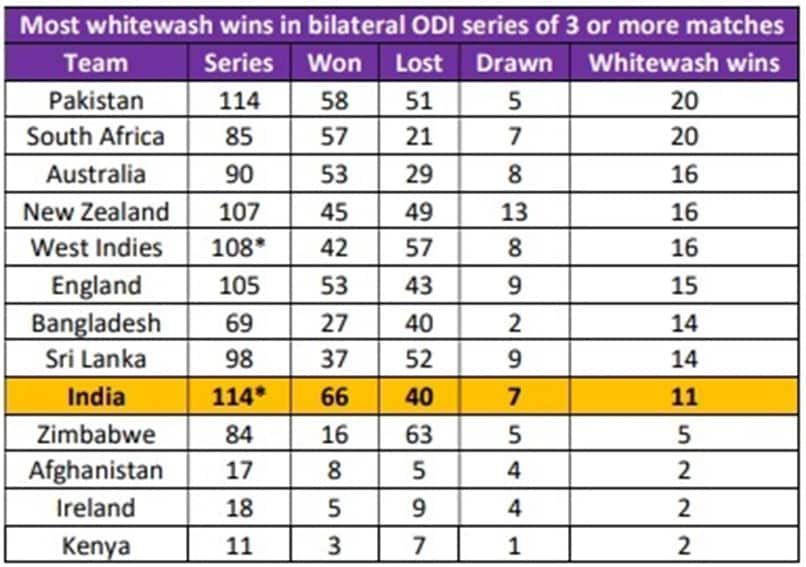 The Caribbean side will join Sri Lanka, New Zealand, Zimbabwe and England as teams against whom India have claimed series whitewash wins if they fail to prevent defeat against the hosts in the final ODI.

The West Indies have been at the end of 19 series whitewash in ODIs and that number will go up to 20 in the event of an Indian win.