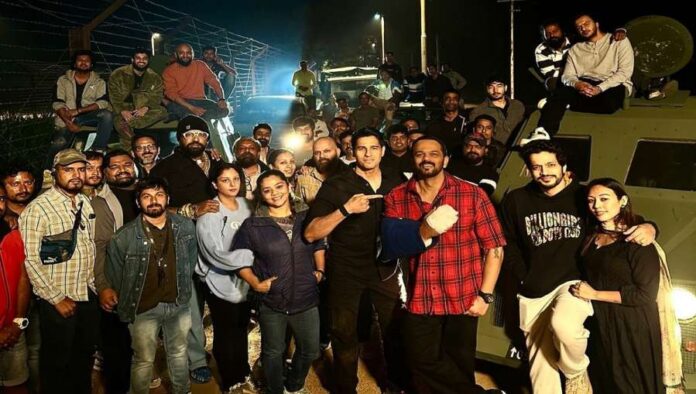 Read also: Many operations suffered in the journey from male to female, narrated the story of pain with PHOTOS

Rohit Shetty wrote in the post with the picture, ‘Again another car fall, but this time only two fingers are stitched but nothing to worry, I am absolutely fine. Thank you very much for your love and concern. Actor Siddharth Malhotra is also seen along with Rohit Shetty in the picture shared with this post.

Siddharth Malhotra has also shared a video on social media, in the caption of which he wrote, ‘A true guru is made by example. We all know about Rohit Shetty sir’s love for action and his passion for the stunts he directs. Last night while performing the car stunt action himself, he met with an accident. But after a sleepless night and a minor surgery, he is back on set in less than 12 hours. Sir, you are an inspiration to all of us.. Our love and respect to you. Let us tell you that in Rohit Shetty’s web series ‘Indian Police Force’, the audience is going to see a lot of action. Actress Shilpa Shetty was also hurt during its shooting, after which she was seen on a wheelchair for a few days.

Ghum Hai Kisikey Pyaar Meiin: Karisma will force Virat to look into his own backyard, Sai and Patralekha’s life will be in turmoil

This person’s entry will happen between Anupamaa-Anuj’s romance, Vanraj will save Kavya from Baa’s taunts