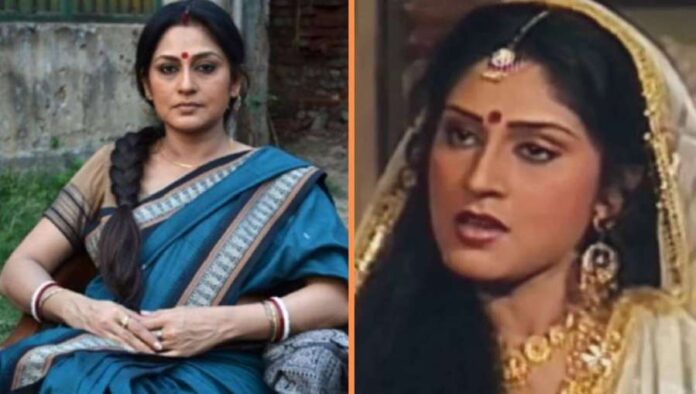 New Delhi: TV industry’s well-known actress Roopa Ganguly celebrates her birthday on 25 November every year. Apart from TV serials, he has also worked in Bollywood films. Not only this, he has also proved his acting prowess by working in many Bengali films. She is not only a great actress, but she is also a great singer. However, now he has joined politics leaving acting and singing and he is fully active there. Today on his birthday, we tell you some special things related to him.

Roopa Ganguly was born on 25 November 1966 in Kolkata. He has completed his education from Kolkata itself. After completing her studies, Roopa Ganguly decided to pursue a career in films and moved to Mumbai. After this, he made his Bollywood debut in the year 1985 with the film ‘Saheb’. Anil Kapoor played the lead role with him in this film. Roopa Ganguly’s tremendous acting in the film had won everyone’s heart. Apart from this, he worked in many films including ‘Anti’, ‘Pyaar Ka Devta’ and ‘Barfi’. However, he got real recognition from the TV serial ‘Mahabharata’. Roopa Ganguly surprised everyone by playing the character of Draupadi in Mahabharata. With this, she became famous overnight. He got recognition in every household.

Till Trailer: Will mother’s love be able to win over centuries-old color discrimination? Story of the fight for justice for the son

The Mahabharata serial was first telecast on Doordarshan in the year 1988. Every Sunday this serial was shown on Doordarshan, for which there was a different craze among the audience. The mention of the incidents shown in the serial had become a topic of discussion for the people. Rupali Ganguly had won everyone’s heart with her strong acting.

As far as Roopa Ganguly’s personal life is concerned, in the year 1992, she married a mechanical engineer named Dhruv Mukherjee. But after about 14 years of marriage, both of them got separated from each other. In the year 2009, both of them got divorced. Talking about this, the actress once said that she was fed up with the daily fights. Due to this problem and tension, he also tried to commit suicide three times. At present, in today’s time, he is completely active in politics away from the acting line. Working as MP in Rajya Sabha from BJP.