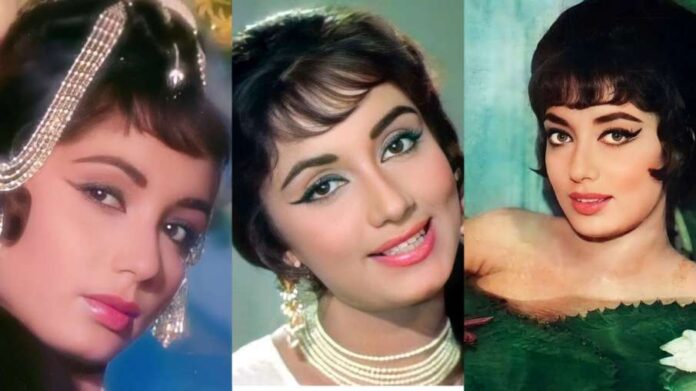 Sadhana Shivdasani: Renowned actress of the 60’s and 70’s, Sadhna, who ruled the hearts of people with her brilliant performances in Hindi films and unmatched beauty, has starred in films like ‘Mera Saaya’, ‘Woh Kaun Thi’, ‘Mere Mehboob’, ‘Rajkumar’, ‘Ek Phool’. In films like ‘Do Mali’, ‘Arzoo’, ‘Waqt’ and ‘Love in Shimla’, she made a special place in the hearts of people with her beauty and strong acting. During that period, Sadhna’s churidar salwar and her hairstyle used to be very much in trend. The craze for her hair style was such that her name was changed to Sadhna Kat. Born on September 2, 1941, there is a very interesting story hidden behind that hairstyle of Sadhna.

What is the secret of sadhna cut

During an interview, Sadhna herself shared an anecdote related to her hairstyle. He told that his forehead was very broad. Even after applying a lot of make-up, he looked strange. In those days, the director of the film for which she was about to shoot was Nayyar Sahab. When he saw Sadhna, he was very unhappy with her looks. Some time ago he had seen Hollywood actress Audrey Hepburn, who had a fringe cut hairstyle. Then Nayyar Saheb showed the picture of that actress to Sadhna and asked her to cut her hair like that. What was it, his idea worked. Everyone liked that hair cut of Sadhna in the film. After this, his same hair cut became famous by the name of Sadhna hair cut. Now the situation has become such that most of the girls of the country have become crazy about Sadhna hair cut and they themselves have started getting hair cut in the same way.

Born in Karachi city of Pakistan, Sadhna belonged to a Sindhi family. After the partition of India-Pakistan, his family started living in Mumbai. Sadhana was the only child of her parents. Her father named her after the famous actress Sadhna Bose. Sadhna started working from the age of just 14. Initially she worked as a chorus singer and then when she was 16 years old, she got a chance to act in the Sindhi film ‘Abana’. Due to working in this film, her picture was published in a magazine, which Bollywood’s famous producer Sashadhar Mukherjee saw and he liked her very much. After which he gave Sadhna a chance to work in his film ‘Love in Shimla’. The director of this film was RK Nayyar.

Later director RK Nayyar married Sadhna. They didn’t have any children. After the death of Nayyar Sahab, Sadhana became very lonely. In her last days, Sadhna lived on rent in the house of famous singer Asha Bhosle. He later passed away on 25 December 2015. Today even though he is not in this world, but people were convinced of his beauty and acting even then and even today he is immortal in the minds of people.