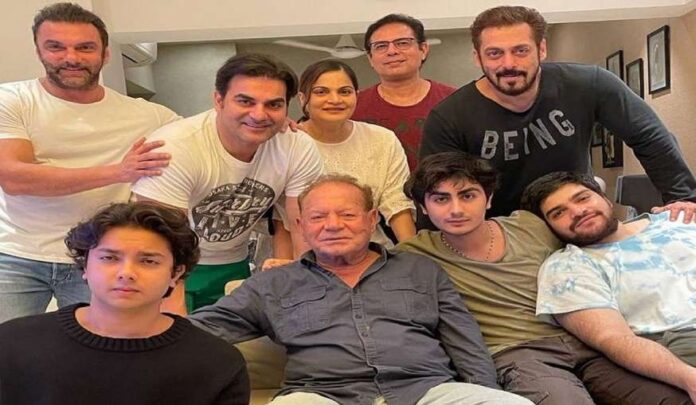 Salim Khan Birthday: Famous script writer Salim Khan, who gave ‘Angry Young Man’ to Bollywood, is celebrating his 87th birthday today. On this special occasion, celebs and fans are congratulating Salim Khan on his birthday through social media. Born on 24 November 1935 in Indore, Salim Khan’s full name is Salim Abdul Rashid Khan. You would be surprised to know that Salim Khan wanted to become a cricketer in his childhood. Salim Khan was fond of playing cricket and he also used to play cricket on behalf of the school. Even during college days, Salim Khan had earned a lot of name from cricket. But his dream was shattered and he could not make a career as a cricketer. In an interview, Salim Khan had told that he wanted one of his three sons to become a cricketer. Salim Khan had told that it was his dream which did not come true.

Read also: Anjali Arora: Anjali Arora trolled again after MMS Leak! This is how she looked on a deserted road

The script of the film ‘Zanjeer’ was written by Salim-Javed i.e. Salim Khan and Javed Akhtar. In this film, Amitabh Bachchan won the hearts of the audience with his brilliant performance, after which Amitabh came to be known as Bollywood’s ‘Angry Young Man’. Amitabh Bachchan and Salim Khan have worked together in ‘Sholay’, ‘Deewar’, ‘Majboor’, ‘Don’, ‘Trishul’, ‘Kala Patthar’, ‘Dostana’. But it was said that after giving so many hit films together, the two parted ways. According to the news of that period, Salim-Javed’s pair wrote the film ‘Mr. India’ and he wanted to take Amitabh in it. But, Big B refused to act in this film. After this, the pair of Salim Khan and Javed vowed that they would never work with Amitabh Bachchan again.

A wave of mourning in the cinema world due to the death of Vikram Gokhale, Ajay Devgan said – ‘His departure is very sad’

Talking about Salim Khan’s personal life, his first love was with Sushila Charak. After marriage Sushila changed her name to Salma Khan, Salma and Salim have three sons Salman, Arbaaz and Sohail Khan and a daughter Alvira. After this, actress Helen entered Salim Khan’s life and seeing the beauty of Helen, Salim gave his heart to her despite being married. After facing many difficulties, Salim Khan married Helen in the year 1981 and in today’s time, Salim Khan lives with both his wives.