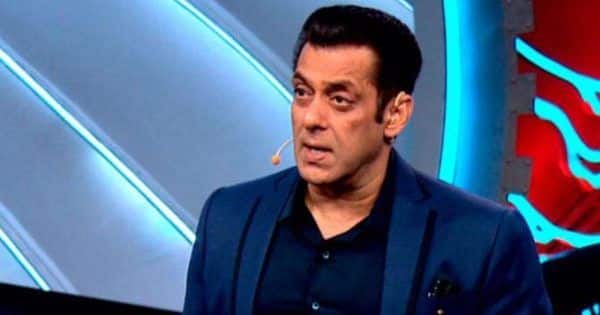 Bigg Boss 15 came to an end yesterday with Tejasswi Prakash emerging as the winner. During the finale, there was a talk about the next season Bigg Boss 16. Deepika Padukone was present on the show to promote her upcoming film Gehraiyaan along with Ananya Panday, Siddhant Chaturvedi and Dhairya Karwa. Deepika asked Salman Khan if he would host the show and he replied saying that he would not repeat his association with the show if his fee is not increased. “Price increase nahi hoga toh nahi karunga,” he said emphatically. Only time will tell whether this declaration needs to be taken with a bucketful of salt. Deepika then asked Salman to kiss Siddhant if he won’t host the show next year. Salman then said that he would host the show for free but not kiss Siddhant. Have a look at the video below: Also Read – Bigg Boss 15: ‘OUR WINNER KARAN’ trends as fans are in disbelief over Karan Kundrra’s loss

Deepika also played a round of truth and dare with Salman. When asked the name of the celebrity whom she stalks, Deepika said it was none other than Salman Khan. She said she even knew who the actor was with at Panvel (his family’s farmhouse outside Mumbai). Also Read – Naagin 6: Simba Nagpal all set to give previous hunks like Arjun Bijlani, Pearl V Puri a run for their money; These 5 clicks are proof

Meanwhile, many fans and celebs were in shock over Tejasswi Prakash’s victory. Gauhar Khan took to Twitter and wrote, “LoL!!! The silence in the studio at the announcement said it all . #bb15 there is only one deserving winner , n the world saw him shine . #PratikSehajpaI you won hearts . Every single guest who went in , you were their fave , the public loves you . Keep your head held high.” On the other hand, Kamya dang wrote, “#PratikSehajpal you are my winner n always will be! U did extremely well, loved ur journey n ur passion towards the game n the show! Stay blessed, lots of love n blessings for ur future @realsehajpal.” Also Read – Bigg Boss 15: Karan Kundrra left in tears after losing out the trophy? An insider spills the beans [Exclusive]