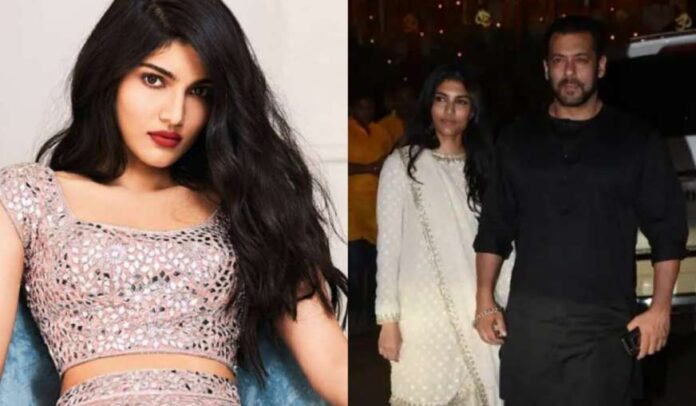 In the last few years, the Bollywood industry has faced constant trolls regarding nepotism. Despite this, many stars are continuously launching their children in Bollywood for a better future. In the past years, kids of many superstars from Ananya Pandey to Janhvi Kapoor have made their Bollywood debut. Now in this episode, the name of another star kid came to the fore, yes we are telling, Alizeh Agnihotri, the niece of Bollywood’s Dabangg Khan i.e. Salman Khan. According to some media reports, Alizeh Agnihotri is all set for her Bollywood debut. There are reports that Alizeh is going to make her debut in National Award winner filmmaker Soumendra Padhi’s film. Let us tell you, Alizeh Agnihotri is the daughter of Salman Khan’s sister Alvira Agnihotri and brother-in-law Atul Agnihotri.

Will debut with Soumendra Padhi’s film

According to media reports, Alizeh has started shooting for the film to be directed by National Award winner director Soumendra Padhi. This film may be released in theaters next year in 2023. Let us tell you that director Soumendra Padhi is known for his web series Jamtara (2020) and the film ‘Budhiya Singh: Born to Run’. Also, he has won the National Award for Best Children’s Film in 2016 for the film ‘Trivia’.

Alizeh is a trend dancer

Alizeh Agnihotri, niece of Salman Khan, has studied acting and has also taken training in dancing. Let us tell you that news about Alizeh’s Bollywood debut had made headlines long ago. However, after that no news came out, but now the entire Khan and Agnihotri family is all set to launch Alizeh Agnihotri in the industry.

Alizeh is quite active on social media. There is a good fan following here. Alizeh Agnihotri is followed by more than 1 lakh people on Instagram. She often shares her glamorous and travel photos on her Instagram account.