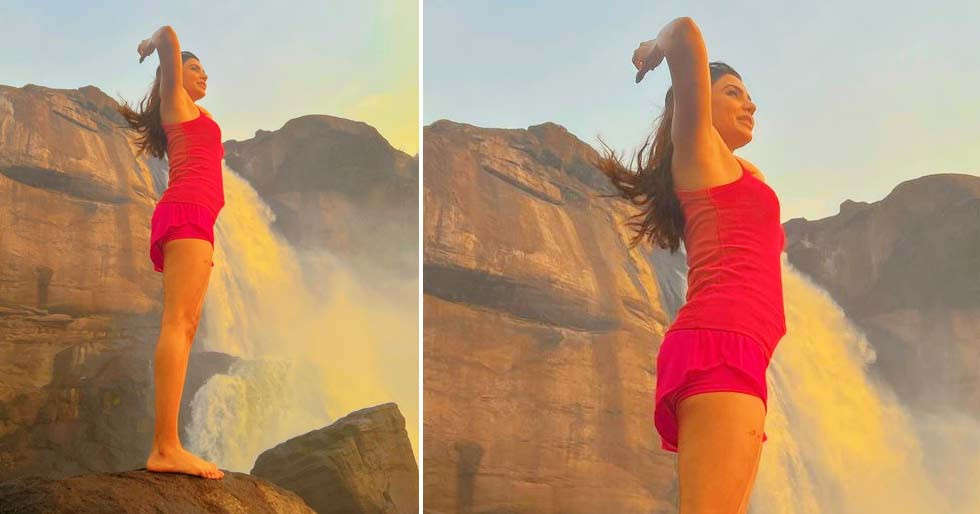 Samantha is a travel enthusiast and often drops pictures on social media from her travel diaries. Recently, the actor uploaded pictures of herself  enjoying the serenity of Kerala’s Athirappilly Falls.

While posting the pictures, Samantha wrote,  “Life. You enjoy it or endure it as it comes and goes, as it ebbs and flows.” In the first picture, Samantha can be seen enjoying the cold breeze with her hands up in the air as she stood on a rock. In the second picture, she can be seen smiling as she looks around while sitting on a rock.

Last month, Samantha had gone on vacation in Switzerland with her friends. The actor shared several glimpses of her vacation including the one in which she can be seen trying her hands on skiing.

Samantha was last seen in the popular dance number Oo Antava from Allu Arjun’s Pushpa. She currently has the Tamil romantic comedy Kaathu Vaakula Rendu Kaadha in the pipeline. The film, which has been directed by Vignesh Shivn, also stars Vijay Sethupathi and Nayanthara.