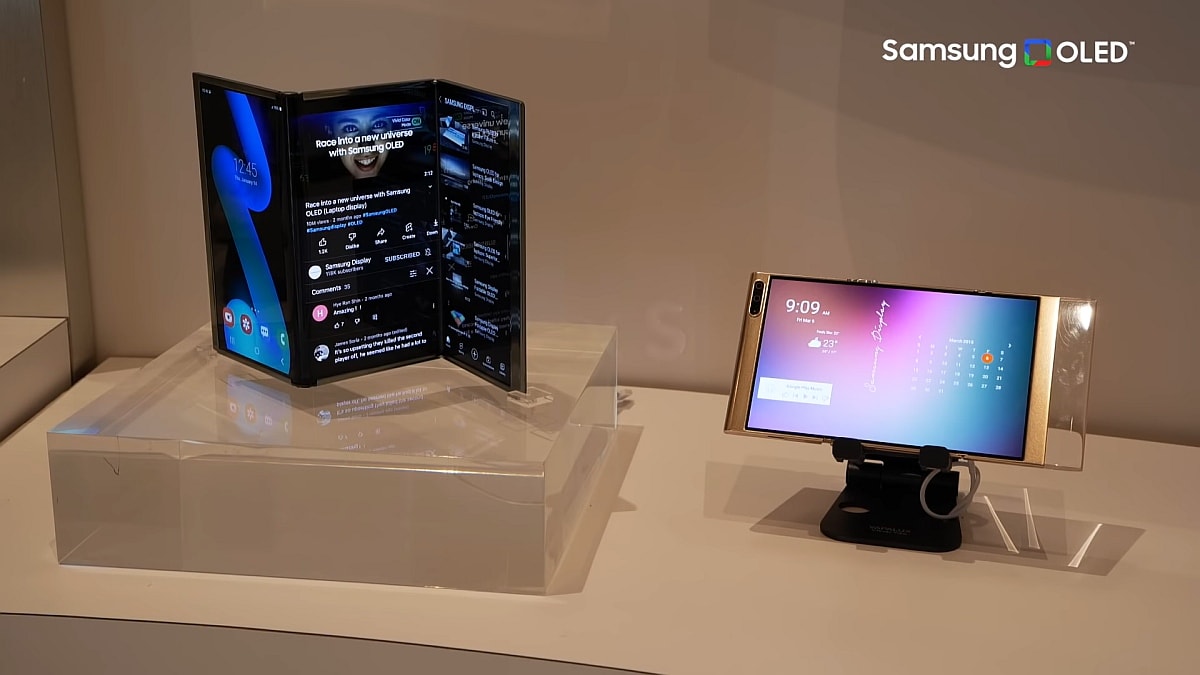 Samsung could be working on a third foldable smartphone lineup, according to a new report. The South Korean tech giant currently offers Galaxy Z Flip and Galaxy Z Fold foldable handsets, and the latest models in the series — the Samsing Galaxy Z Fold 3 and the Galaxy Z Flip 3 — were launched in India in August 2021. The new, rumoured foldable could feature three folding panels or a sliding display. Samsung recently showcased the new Flex S, Flex G, and Flex Slidable panels for handsets at CES 2022, but did not reveal any plans to turn those concept devices into retail products.

According to a report by Galaxy Club citing unnamed sources, Samsung could announce a third foldable handset alongside the successors to the Samsung Galaxy Fold 3 and the Samsung Galaxy Flip 3 in August this year. The report speculates that the smartphone could be the company’s first slide-out phablet with a rollable display or a foldable phone with three panels and may have limited availability compared to the other two foldable handsets. It is worth noting that Samsung is yet to reveal details of any upcoming foldable smartphones.

The successors to the Galaxy Z Fold 3 and the Galaxy Z Flip 3, which were codenamed B3 and Q3, respectively, are said to sport the B4 and Q4 codenames, according to the report. However, while these devices might refer to the rumoured Samsung Galaxy Fold 4 and the Samsung Galaxy Flip 4, the report by Galaxy Club also states that the company is working on another foldable phone, codenamed N4. Meanwhile, Samsung already lists novel concepts for display panels on its website.

At CES 2022, Samsung showed off new concept panels for smartphones, called Flex S, Flex G, and Flex Slidable. The Flex S comes with three panels and is named in the manner in which it unfolds outward into a larger display. Similarly, the Flex G display features three foldable panels that fold inward instead of outward, potentially mitigating external damage that could affect the Flex S panels. Meanwhile, the Flex Slidable panel resembles the Oppo X 2021, with a sliding display for additional screen space. As previously mentioned, Samsing did not reveal any plans to add these panels to its foldable smartphone lineup.