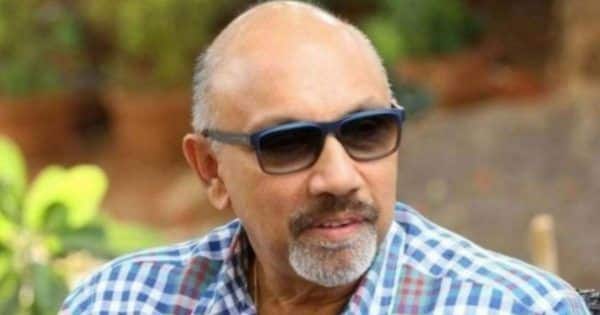 There is worrying news for all fans of Baahubali. Actor Kattappa who became a household name as Kattappa is suffering from COVID-19. As per reports from some South news portals, Sathyaraj was rushed to the nearby hospital after his health deteriorated. It seems he is now admitted in a private hospital in Aminjikarai, Chennai. Fans know Sathyaraj from his work in movies like Chennai Express and Baahubali. His nuanced performance as the loyal Kattappa in Baahubali made him a known name all over India and the globe. While some reports are saying that he will be discharged in 2-3 days there is no official statement from the hospital or his family. Also Read – SHOCKING! Mahesh Babu’s brother Ramesh Babu passes away at the age of 56

His fans are praying for his recovery. This week, Mahesh Babu, Thaman and filmmaker Priyadarshan are down with the virus. Priyadarshan is also admitted in Chennai’s Apollo Hospital. A source close to Sathyaraj told India TV, “He is recovering well. In fact, doctors have told him that he will be discharged in two or three days and that he might have to quarantine himself at home for a week or so after that.” Actress Trisha also opened up on how she battled coronavirus for a couple of weeks. She had contracted the virus despite getting two jabs of the vaccine. Also Read – South News Weekly Rewind: Samantha Ruth Prabhu cribs during Oo Antava rehearsals; Vijay Devrakonda-Rashmika Mandanna’s secret holiday and more

Rangaraj Subbaiah better known as Sathyaraj earned cult status after his character of Kattappa from Baahubali. He has been an integral part of both the films. Fans are praying for the recovery of the star. We wish him a speedy recovery! Also Read – Trending South News Today: Allu Arjun-Rashmika Mandanna’s Pushpa scores high on IMDB ratings; Nithiin’s wife and Lakshmi Manchu test Covid-19 positive and more