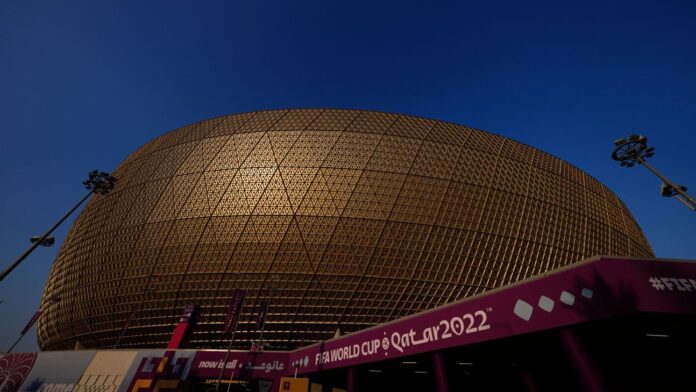 A security guard at the World Cup’s Lusail Stadium in Qatar died in a fall on duty on Tuesday, tournament organizers the Supreme Committee for Delivery and Legacy said on Wednesday.

John Njau Kibuye had fallen on 10 December, the statement said. It added that medical teams immediately arrived at the scene and provided emergency treatment before being transferred via ambulance to the intensive care unit of Hamad Medical Hospital.

CNN reported He was from Kenya and was 24 years old.

“We regret to announce that despite the best efforts of the medical team, he sadly passed away in hospital on Tuesday 13 December after three days in the intensive care unit,” the statement read.

“His next of kin have been informed. We extend our condolences to his family, colleagues and friends during this difficult time.”

Organizers said they were investigating the circumstances which led to “a matter of urgency” and would provide further information pending the outcome of the investigation.

“We will also ensure that his family gets all the dues and money,” the statement said.

Last week, Qatar launched a work safety investigation following reports of a Filipino death, saying the man died while working at a training site during the World Cup.

Journalists Khalid al-Mislam, Roger Pearce and Grant Wahl have also died while covering the first World Cup to be held in the Middle East.

The World Cup final will be played at Lusail Stadium on Sunday. Argentina The winners of the semi-finals are facing off between France And Morocco Being played later on Wednesday.