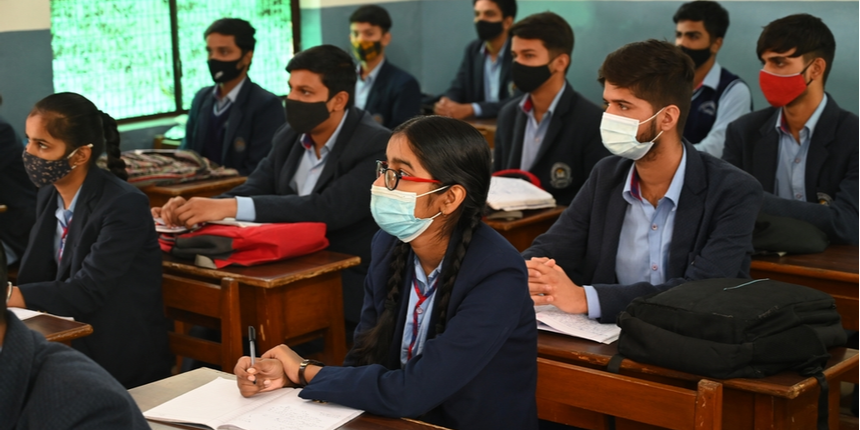 As per the new guidelines, it will be up to states and UTs if parents need to give such permission (representational)

The Central Government on February 2 issued modified guidelines for reopening of schools and asked states and Union Territories (UTs) to decide at their level whether schools require consent from parents to allow students in classrooms.

With Covid cases declining, states have started reopening schools and colleges for physical classes. As per the previous guidelines, consent from parents was necessary for students to attend schools. This provision was criticised by many.

Further, the guidelines issued by the Department of School Education and Literacy, Ministry of Education, suggested preparing bridge courses and implementing them in classrooms.

“Once school reopens, the grade related syllabus should be undertaken only after the bridge course is completed, so that students can adjust to the changed school environment and do not feel the stress or left out, especially students who did not have access to alternate means of education,” it said.

In the modified guidelines, the government has also suggested identification of children based on their learning levels so that teachers can focus on students who need additional support.

‘One Class, One TV Channel’

Notably, Finance Minister Nirmala Sitharaman in her budget speech on February 1 acknowledged that children, particularly in the rural areas, and those from Scheduled Castes and Scheduled Tribes, and other weaker sections, have lost almost two years of formal education due to Covid.

The minister announced that the ‘one class-one TV channel‘ programme of PM eVIDYA will be expanded from 12 to 200 TV channels and will enable all states to provide supplementary education in regional languages for classes 1-12.