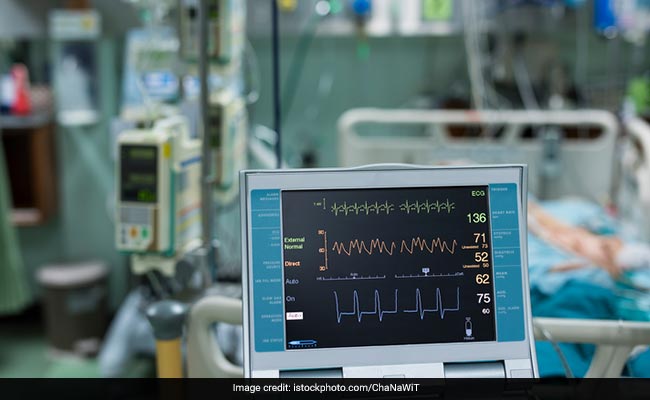 The man died in the city of Cali with doctors present, his lawyer said on Twitter. (Representational)

Victor Escobar decided to die and to do so publicly, becoming one of the first Latin Americans to end their life without suffering from a terminal disease, under a ground-breaking court ruling in Colombia.

Hours before dying on Friday, 60 year old Escobar celebrated what he called victory in his two-year battle with a lung ailment that left him unable to breathe on his own.

“Little by little, it becomes everyone’s turn. So I do not say goodbye but rather, see you soon. And little by little we will end up with God,” Escobar, who is a practicing Catholic, said in a video sent to news organizations.

He died in the city of Cali with doctors present, his lawyer said on Twitter.

The last footage of him alive shows him smiling and surrounded by family. He was sedated and then given a lethal injection.

Colombia depenalized assisted death in 1997, and in July 2021 a high court expanded this “right to dignified death” to those not suffering from a terminal illness.

It is the first Latin American country to take the step and one of the few in the world, and did so despite being mostly Roman Catholic. The church categorically opposes euthanasia and assisted suicide.

“I was already feeling sick. I felt like my lungs did not obey me,” Escobar told AFP in October as he waged the final chapter of his legal battle.

Diabetes and a cardiovascular ailment left him in a wheel chair and suffering from spasms that wracked his body.

His family backed the idea of euthanasia.

In Europe only Belgium, the Netherlands, Luxemburg and Spain have legalized euthanasia.

As of mid-2021 patients like Escobar — with chronic diseases and a life expectancy of more than six months — could not undergo euthanasia.

“They were being forced to live in undignified conditions against their will,” said Monica Giraldo of an NGO called the Foundation for the Right to Dignified Death.

She said that since the court ruling on euthanasia, three people with non-terminal diseases used it to end their lives but Escobar is the first to do so with cameras rolling so the public could witness it.

“I want my story to be known because it creates a path for patients like me, patients with degenerative conditions, to have an open door to seek rest,” Escobar said.

Escobar has said he got ill from years of working with exposure to asbestos, an insulating material now known to cause cancer.

In October of last year a panel at the Imbanaco clinic rejected Escobar’s request for euthanasia, after two years of earlier petitions that were also rejected.

The committee argued that Escobar was not terminal and there were still ways to try to alleviate his suffering.

Days earlier in another city, Medellin, 51 year old Martha Sepulveda, suffering from amyotrophic lateral sclerosis, also saw her request to die cancelled at the last minute on grounds that she was not terminal.

Giraldo said hospitals sometimes deny euthanasia requests over “ideological positions” or scrap them at the last minute over legal concerns.

But Escobar appealed in court and won. He chose to die on January 7 — a Friday, so it would be easy for relatives to go to his funeral on the weekend, his lawyer said.

“I suffer from my diseases, and I suffer watching my family suffer because of me,” Escobar said in October, gasping for breath.

The courts also granted permission for Sepulveda to die. Like Escobar she had gone public with her case.

The government says at least 157 people have chosen euthanasia since the July 2021 legal change.

Shortly before dying, Escobar said God does not like to see people suffer.

“I do not think God will punish me for trying to stop suffering,” he said.