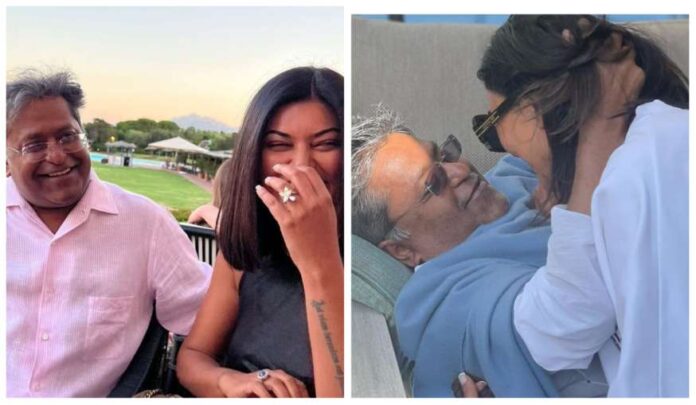 Year Ender 2022: The year 2022 is about to end in a few days. This year many Bollywood celebs surprised the fans by suddenly making their relationship official. Along with this, seeing many celebs hanging out and having dinner together, fans have started speculating about an affair between them. Some have surprised the fans by getting engaged and some have made the relationship official. This list includes names ranging from Hrithik Roshan to Sushmita Sen. Let’s know about those stars who seeing together created panic on social media.

Sushmita Sen, the mother of two daughters, is often in discussions about her relationship. Her affair and breakup with Rohman Shawl was well known, but suddenly this year her pictures with Lalit Modi created a stir on social media. Fans were surprised to see the pictures of both of them together. Lalit Modi shared some romantic pictures with Sushmita from his social media account and wrote in the post that he is in a relationship. Some people liked the relation of both, while some started trolling Lalit Modi and Sushmita.

Read also: Year Ender 2022: The biggest Bollywood controversies of the year 2022, which created an uproar

As much as Bollywood’s handsome hunk Hrithik Roshan’s marriage was in discussion, his divorce with Sussanne was also in the headlines. At the same time, after many years of divorce, when Hrithik Roshan was spotted with actress Saba Azad, there was an uproar on social media. Everyone wanted to know whether there is only friendship between the two or something else, but in no time both of them were often seen together. Today the situation is such that Saba Azad has become a favorite of Hrithik’s family members too.

And not only this, food is often taken from Hrithik’s house on the shooting sets for Sabah.

While Bollywood actor Hrithik Roshan is dating Saba Azad, his ex-wife Sussanne Khan is dating Arslan Goni. Sussanne Khan-Arslan Goni are often spotted together. Both are also seen together in the party with Hrithik and Saba. Even though both the couples have not announced the official relationship, but the fans are very happy to see both of them together and are waiting for the shehnai to ring in their house.

Bollywood’s love birds Kiara and Siddharth’s relationship has been in the news since last year, but this year when these celebs appeared on Karan Johar’s show ‘Koffee With Karan’, it was confirmed that both are in a relationship but do not want to accept it. If the news is to be believed then in the beginning of the year 2023, Kiara-Siddharth can get married. Talking about Siddharth Malhotra’s work front, today the first look of the actor’s upcoming film ‘Mission Majnu’ has been released. The film will be streamed on Netflix.