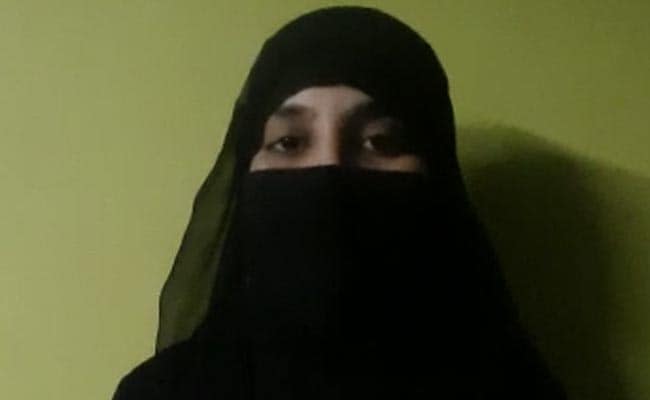 Chandini, a lecturer in Karnataka, has resigned amid the hijab row

An English professor in Karnataka resigned today citing “self-respect” after she was allegedly asked to remove her hijab before entering her college.

Chandini, a lecturer at the Jain PU College in Tumakuru, said she had worked at the college for almost three years but had been asked to remove her hijab for the first time.

“I have been working at Jain PU college for the last three years. I haven’t faced any issues so far. But yesterday, the principal told me that I can’t wear hijab or any religious symbol while teaching. But I have taught for the last three years wearing hijab. This new decision is a hit to my self-respect. That’s why I have decided to resign,” Chandini told reporters.

The college principal KT Manjunath, however, said neither he nor anyone else in the management had ever asked her to remove the hijab. 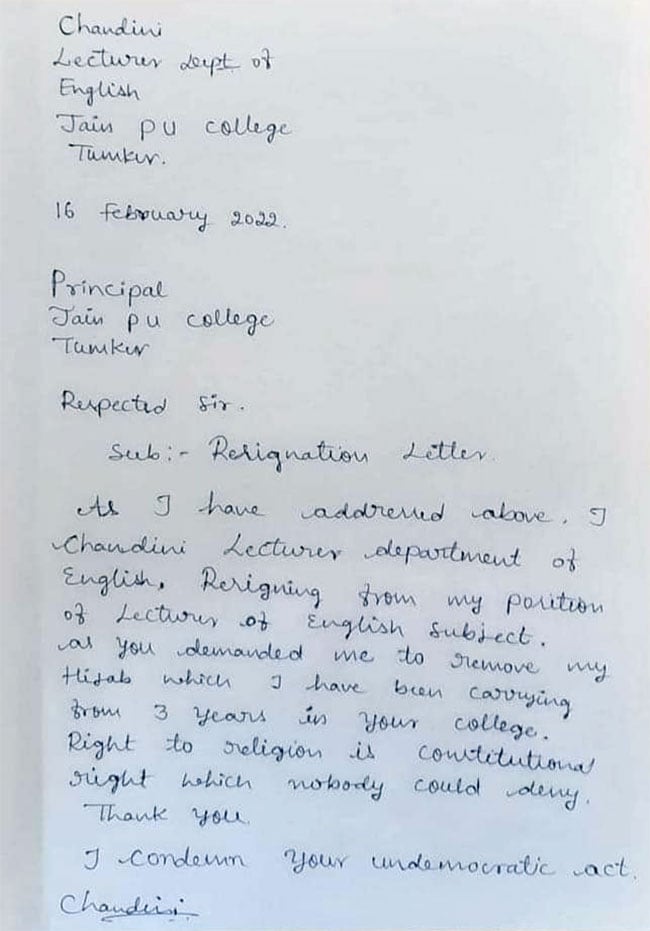 The resignation letter by the lecturer in Karnataka

Schools and colleges in Karnataka have been has seen weeks of tension over hijab restrictions and protests against them.

The protests started late last year when six students alleged that they were stopped from attending class wearing the headscarf. As the protests spread to several colleges, there were counter demonstrations involving saffron scarves.

Karnataka’s state government temporarily closed schools last week amid tension. As they reopen gradually, many schools and colleges have been seen telling students and teachers to remove the hijab before entering.

The Karnataka High Court has imposed a temporary ban on the wearing of all religious symbols in schools while it considers the headscarf ban.