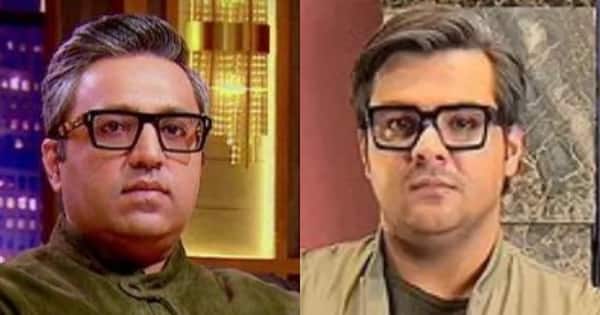 Shark Tank India has been the talk of the town ever since it began airing. Though the first season concluded, the show has been in the news for various reasons. The Sharks, especially, have been garnering headlines for various reasons. BharatPe’s co-founder, Ashneer Grover has made it to news. It so happened that YouTuber Ashish Chanchlani made a spoofy video on Shark Tank India called Sasta Shaark Tank. The video features Ashish as Paneer Grover, the founder of BharatDe alongside Simran Dhanwani as Babita Papad (Namita Thapar), Akash Dodeja as Chaman Gutka (Aman Gupta), and Kunal Chabria as Uttapam Misal (Anupam Mittal). Also Read – Here’s how Shark Tank India’s Anupam Mittal, Vineeta Singh, Aman Gupta and Ghazal Alagh celebrated Holi with family – view pics

“Entries now open for Sasta Shaark Tank. If you have a brilliant idea that we saste entrepreneurs can invest on then please login to sastashaarktank.com,” Ashish captioned the video. Ashneer was impressed with the spoofy and took to the comments section of Ashish’s Instagram to express the same. He said, “Hilarious ! What acting by all the Sharks !! Sasta and Tikau.” Check out the videos below: Also Read – Sasta Shark Tank: Ashish Chanchlani playing Ashneer Grover’s parody Paneer Grover to perfection will leave you in splits – watch video

A couple of days ago, Ashneer Grover was allegedly removed from all positions in BharatPe. The company accused Grover’s family and relatives of engaging in extensive misappropriation of company funds. Just last week, Ashneer Grover took a dig at the board members of BharatPe who accused him of selling ICC World Cup tickets for crores. Ashneer reacted to the same saying they should instead watch Ashish’s spoofy video as it’s much more creative. Also Read – TOP TV News Today: Shark Tank India’s Vineeta Singh goes viral for THIS reason, The Kapil Sharma Show’s Archana Puran Singh reacts on Sidhu memes and more

Talking about Shark Tank India, the show gives an opportunity to budding entrepreneurs to present their idea to successful entrepreneurs aka sharks.