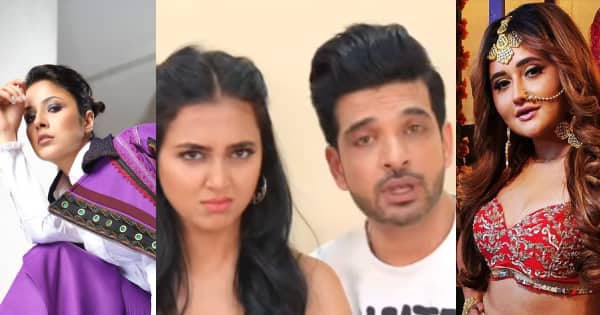 Mostly all the celebs are now Instagram addicts. Especially the TV stars. They make the best use of the platform to stay connected with their fans. They are also PROs at catching up on Instagram trends. Among the top Instagrammers of the week, we have TV stars like Shehnaaz Gill, Tejasswi Prakash and her lover Karan Kundrra, Naagin 6 star Rashami Desai, preggers Debina Bonnerjee and others. Scroll on to get a look at some of the besta and viral Insta posts of TV stars made over the week. Also Read – RRR box office collection day 2: SS Rajamouli, Jr NTR, Ram Charan film set to rake in this much after smashing opening day records

Shehnaaz Gill
Since Bigg Boss 13, Shehnaaz Gill has become very popular. Her stardom increased ten folds and people made her a big celebrity. Post Sidharth Shukla’s demise, she received tremendous love from the masses. Recently, she posted a few pictures from the photoshoot she did with Dabboo Ratnani and instantly all the pics went viral. Also Read – Naagin 6, March 26, Written Updates: Pratha aka Tejasswi Prakash pulls the red poison out from Shengrilla aka Rashami Desai’s neck

Tejasswi Prakash-Karan Kundrra-Nishant Bhat’s dance reel
Bigg Boss 13 contestants Tejasswi Prakash, Karan Kundrra and Nishant Bhat had a catch up session and even made a reel on the trending Head, Shoulder, Knees and Toes song. All the three went all out to show off their quirky dance moves. Also Read – RRR box office collection day 1: Check out all the records that the SS Rajamouli, Jr NTR, Ram Charan film broke

Mouni Roy‘s hot bikini picture
Naagin star Mouni Roy never fails to set the temperature soaring with her hot avatar and this week too she set Instagram ablaze with her bikini picture from Sri Lanka.

And it’s the end. Who among the above was your favourite?