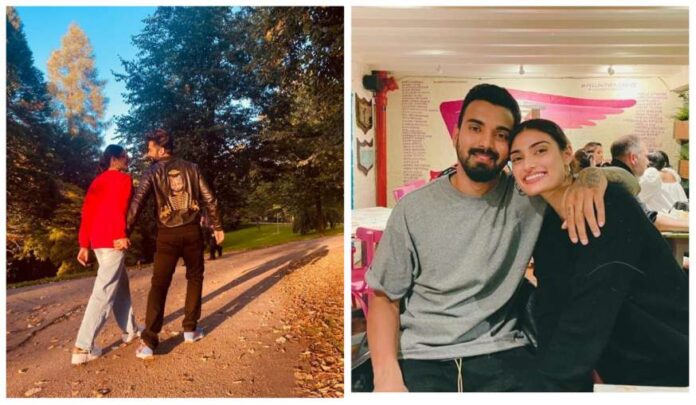 Year Ender 2022: In the year 2022, many Bollywood celebs have got married, whereas in the first year itself, Kilkari has also echoed in some houses. The first name that comes in this episode is that of Ranbir Kapoor and Alia Bhatt who got married on April 14 this year and a daughter was born to them on November 6. In the coming year also many lovebirds of Bollywood are going to tie the knot, out of which some have made official announcement of marriage and some celebs are still hiding this fact. Here we are going to tell you about those celebs who can settle down in the year 2023.

Fans have been waiting for the wedding of Sunil Shetty’s daughter Athiya and cricketer KL Rahul for a long time. Earlier there were reports that Athiya-KL Rahul would get married at the end of the year 2022 but now it is being said in the reports that both are going to get married on January 21 to 23. However, no official announcement has been made regarding this yet.

Read also: Year Ender 2022: The biggest Bollywood controversies of the year 2022, which created an uproar

After the film ‘Sher Shah’, there is a lot of talk about Kiara Advani and Siddharth Malhotra’s affair. Both are often seen spending time together and also celebrate birthdays together. If reports are to be believed, the preparations for their wedding have already started and the venue is also finalised. Kiara-Siddharth have booked Chandigarh’s Oberoi Sukhvilas Spa & Resort for the wedding, where they can get married in 2023.

The love affair of B-town’s famous couple Arjun Kapoor-Malaika Arora is well known. Rumors of their marriage have surfaced many times but till now both have not tied the knot. There are speculations that Malaika-Arjun can get married in the year 2023.

TV world’s famous couple Karan Kundrra-Tejashwi Prakash dominates the social media. The love of both of them blossomed in the reality show ‘Bigg Boss 15’ and even today Tejashwi-Karan are together. The fans are waiting for the marriage of both. According to the news, Karan Kundrra-Tejaswi Prakash are going to get married in the year 2023.

Rakulpreet Singh and Jackky Bhagnani made their relationship official in the year 2021, after which the fans are waiting for their marriage. Be it a party or a vacation, both are seen together everywhere. It is expected that Rakulpreet-Jackie can get married in the year 2023.

‘Pathaan’ mired in controversies even before its release, Narottam Mishra did not like Deepika-Shahrukh’s ‘Besharam Rang’

Vidyut Jammwal had expressed his love last year by sharing pictures with Nandita Mahtani on social media. Vidyut-Nandita got engaged in Agra. In such a situation, it is expected that both can get married in 2023.