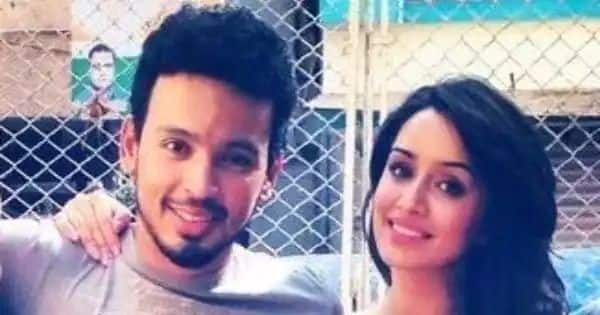 It looks like Shraddha Kapoor and Rohan Shrestha have decided to part ways with each other. According to Pinkvilla, the rumoured couple have end their 4 years of hush-hush relationship. The reason behind their breakup is yet to be known. Also Read – Deepika Padukone, Kangana Ranaut: 5 Bollywood actresses who charge more fees than many male actors

The report says that things were not hunky-dory between Shraddha and Rohan. The two were in an on and off relationship since January. Rohan had apparently skipped Shraddha’s birthday celebration with family in Goa. It is being said that it was Shraddha who called it quits. Shraddha had recently turned muse for Rohan for her bridal photoshoot, which had left fans in awe of their chemistry. Also Read – Trending Entertainment News Today: Ranbir Kapoor and Shraddha Kapoor’s dance sequence leaked; Jhund producer questions The Kashmir Files’ tax-free status and more

Shraddha and Rohan had never admitted to dating. However, they were often spotted together. From being a part of birthday celebrations to attending extravagant Bollywood parties, the rumoured couple were seen making an entrance one after another. Also Read – Leaked! Ranbir Kapoor and Shraddha Kapoor’s dance sequence from Luv Ranjan’s next goes viral; ‘Giving YJHD vibes,’ say fans

Reports of their wedding had been doing the rounds of the industry for a while now. It was being speculated that the two were taking their relationship a notch higher. However, Shakti Kapoor had set the records straight about his daughter Shraddha’s marriage with her childhood friend.

“Rohan is a family friend, I have known his father for many, many years. Rohan visits us often, but he has not asked for Shraddha’s hand in marriage. And besides, today children decide these things on their own. If Shraddha tells me that she has chosen a life partner for herself or even if Siddhant does, I will readily agree. Why will I refuse? But at this point, they are focused on their careers. Marriage is an important decision and the way people are breaking up, it bothers me sometimes. One has to be sure before making a decision like that,” Shakti Kapoor had told Spotboye.

On the work front, Shraddha will be seen in Luv Ranjan’s next film which also stars Ranbir Kapoor.