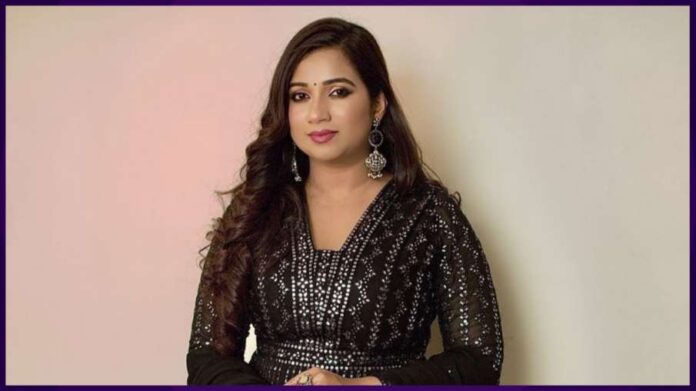 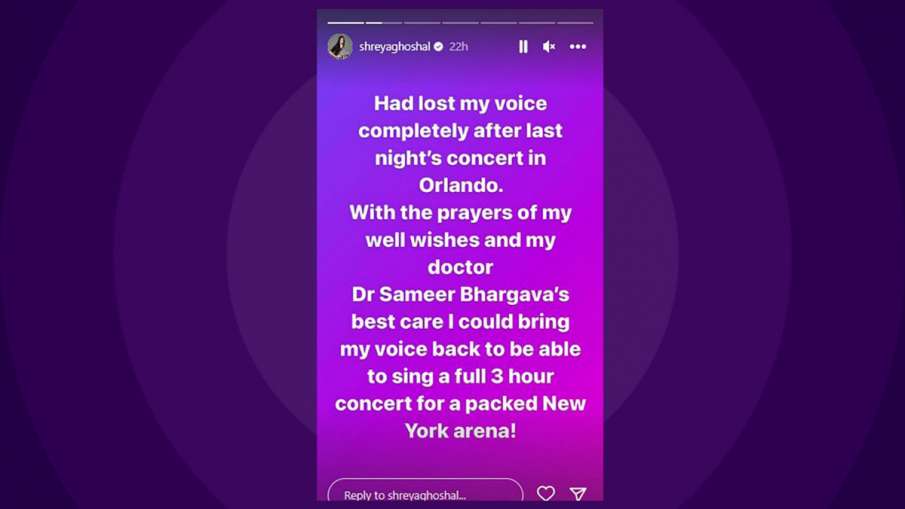 This incident happened with Shreya Ghoshal

While giving information on Insta Story, Shreya Ghoshal told that her voice had gone. But due to the help of the doctor, he is fine now. After treatment, Shreya Ghoshal attended another concert. Shreya Ghoshal writes in the Insta post – I am very emotional today. I love my band, my fam, and my A team. He has supported me in my best and worst phases. Helped me shine no matter what. Shreya wrote- I completely lost my voice after the night concert in Orlando last night. Due to the prayers of my well wishers and the best care of Dr. Sameer Bhargava, I was able to regain my voice. After that, I was able to sing in a 3-hour concert at the New York Arena. Thank you New York for giving me so much love. 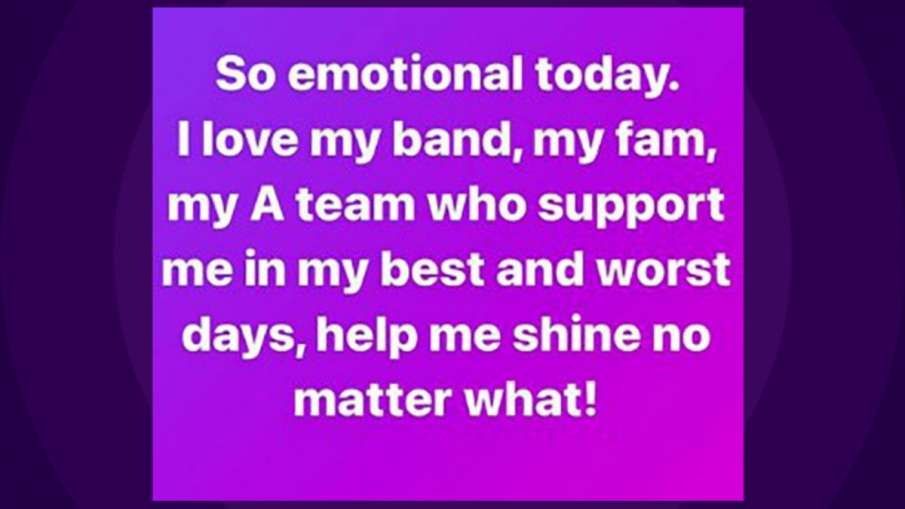 Fed up with life, famous actress wrote such a post, panicked fans said, ‘plz don’t do anything wrong’

Fans are getting emotional after seeing this post of Shreya Ghoshal. Users are praying for Shreya. Fans are sending lots of love to their favorite singer. Calling them brave. Shreya Ghoshal is absolutely fine now. But for any singer, loss of voice is no less than a nightmare. Even if only for a few hours, Shreya Ghoshal has faced this fear.

Millions of fans of sweet voice

Shreya Ghoshal is the shining star of the music industry. He is among the highest paid playback singers. Shreya is honored with 4 National Awards. At the age of just 4, Shreya started singing. Shreya has sung many superhit songs. She also participated in the singing reality show Sa Re Ga Ma Pa and won it. Shreya sings in many languages ​​not only Hindi. Shreya’s contribution to the music industry is significant. There are crores of fans of his melodious voice.