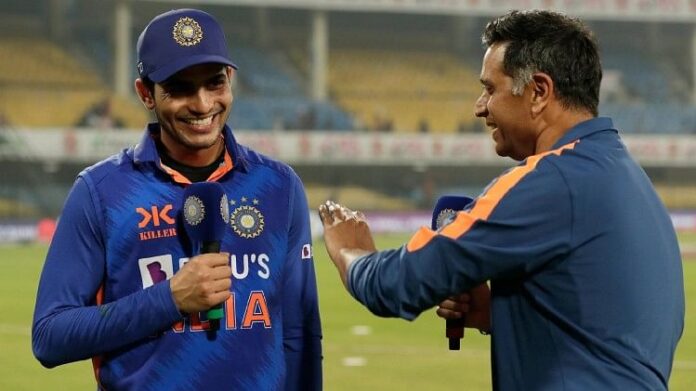 In the last match of the ODI series against New Zealand, Shubman Gill played a brilliant inning of 112 runs. He shared a 212-run opening partnership with captain Rohit Sharma and got Team India off to a great start. This was Gill’s third century in the last four ODIs. Earlier, he had scored a century against Sri Lanka and scored 208 runs in the first match of the series against New Zealand.

Indian coach Rahul Dravid interviewed Shubman Gill after the last match of the ODI series between India and New Zealand. During this, Dravid wished Gill all the best and also told the funny reason for his excellent form. Dravid recalled that when Shubman Gill was batting well but was getting out after scoring a half-century, his father asked him whether you would continue to shower with rain or would you keep playing short innings. Or even score big centuries). After this Dravid said that what you have done in the last one month, you have really rained runs. Your father would be proud of you.