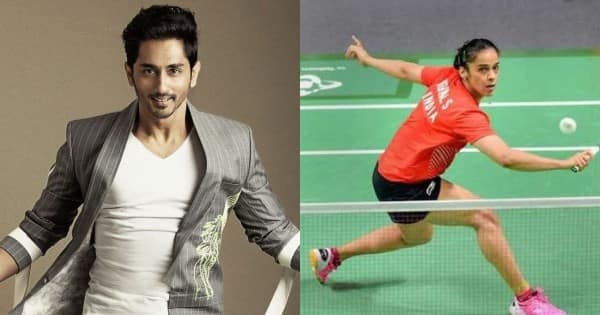 Finally, it looks like the controversy between Siddharth and Saina Nehwal will end. The actor took to social media to issue a formal letter of apology for the badminton ace. He wrote, “Dear Saina, I want to apologise to you for my rude joke that I wrote as a response to a tweet of yours a few days ago. I may disagree with you on many things but even my disappointment or anger when I read your tweet, cannot justify my tone and words. I know I have more grace in me than that. As for the joke…if a joke needs to be explained, then it wasn’t a very good joke to begin with. Sorry about a joke that didn’t land. I, however, must insist my word play and humour had none of the malicious intent that so many people from all quarters have attributed to it.” Also Read – Samantha Ruth Prabhu and Akshay Kumar star together in an AD; fans cannot get over their hilarious chemistry

Siddharth who is known for his work in movies like Rang De Basanti added, “I am a staunch feminist ally and I assure there was no gender implied in my tweet and certainly no intent to attack you as a woman. I hope we can put this behind us and that you will accept my letter. You will always be my Champion. Honestly, Siddharth.” Take a look at the letter on Twitter… Also Read – Samantha Ruth Prabhu shares a super interesting workout video; challenges fans to level up

The tweet of Siddharth where he referred to Saina Nehwal as a ‘Subtle Cock Champion’ upset many. The badminton player’s father and husband have publicly slammed Siddharth. People have also gone to the NCW against the statement. This is how fans reacted after the apology… Also Read – From NCW calling Siddharth’s tweet misogynist, outrageous to Sania Nehwal’s father demanding apology: Here’s a timeline of what happened

Atleast show some courage in accepting the wrong doing. This looks more like a cover up than an apology. An apology should be unconditional. Do you really think you can act smart even now ? Period.

Acknowledging that issue happened unintentionally and apologising is man like! Well done Sid!

That is a well written note. Takes a bit of courage to apologize in a public forum. Well done. ??

The actor is known to be sharply critical of the ruling Government. Siddharth’s comments have irked many people in the past. On the professional front, he