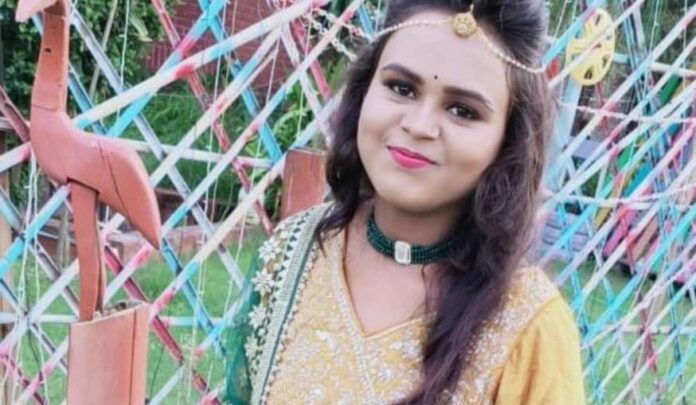 Shilpi Raj: Renowned singer Shilpi Raj of Bhojpuri cinema remains in discussions for one reason or the other. His songs become viral on social media as soon as they come. Shilpi has created a huge fan following by singing great songs. At the same time, he recently wrote some such things in his latest post, which was pointing towards his suicide, about which he himself has now clarified. Shilpi has recently revealed during an interview that she is absolutely fine, she said, ‘There was some work pressure, because of which I had written such a post, now everything is fine.’

This post of Shilpi had upset the fans. His fans wanted to know what happened to him, fans were commenting on the post and everyone was consoling him. However, shortly after sharing the post, he also deleted it. Now in such a situation, there is no need for the fans to panic about Shilpi, she herself has made it clear that she is absolutely fine. 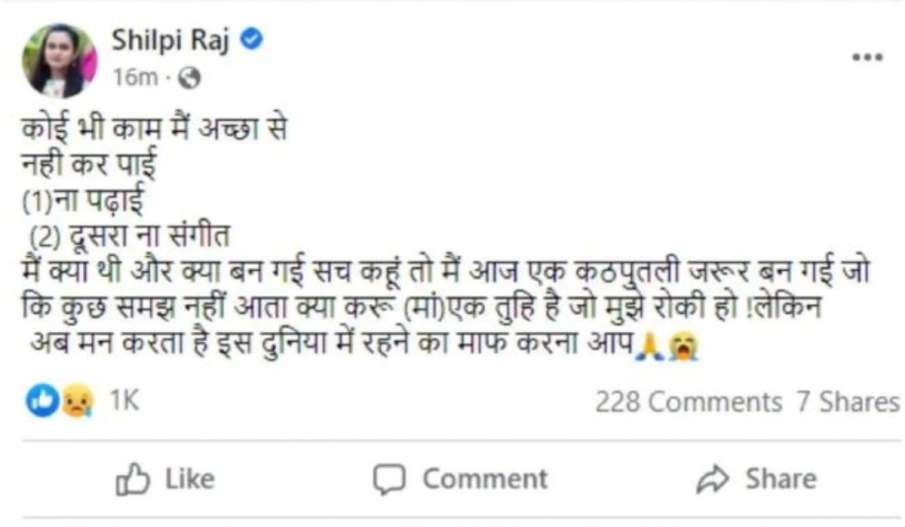 This post created panic among the people. In a conversation with News18, Shilpi disclosed everything and told that she had written the post herself, but she has no intention of suicide.

Shilpi wrote- ‘I could not do any work well (1) neither study (2) nor music… What was I and what have I become, to be honest, today I have definitely become a puppet, which does not understand anything. What should I do (Mother) you are the one who stops me! But, now I feel sorry for living in this world.