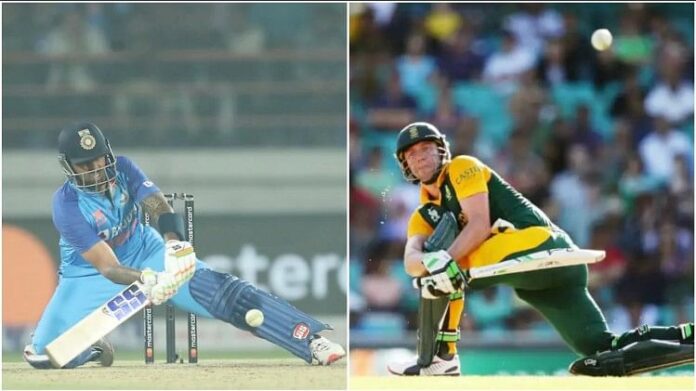 Suryakumar Yadav scored a century in the third T20 against Sri Lanka. This was the third century of his T20 international career. At present, Suryakumar is considered the best player of T20. His playing style has always been compared to former South African batsman AB de Villiers.

De Villiers, Chris Gayle and a few other players have also achieved extraordinary results in T20 cricket but what Surya is doing this time has taken many by surprise. Now the question is being raised on social media whether Suryakumar is the best player ever in T20 format?

Former India cricketer Ajay Jadeja has said a big thing in this matter. He has insisted that Suryakumar is marginally better in T20 than the great de Villiers. In a conversation with a sports website after India’s resounding 91-run victory over Sri Lanka in the third and final T20I at Rajkot, Jadeja made a statement about De Villiers and Suryakumar. Be it strength, wrist work, consistency or hitting angle, Jadeja talked about several aspects while comparing the two.

The happiness on Suryakumar Yadav’s face – he’s been dominating this format! One of the best of T20 history.pic.twitter.com/g4dUCD23Og

Suryakumar played an inning of 112 runs in 51 balls in the third T20 against Sri Lanka on Saturday. Suryakumar has changed the way batting is done in T20 cricket. Not only this, Suryakumar also falls while hitting sixes, but never got injured. His fitness is also amazing. The 32-year-old explosive batsman will now feature in the three-match ODI series against Sri Lanka starting January 10.