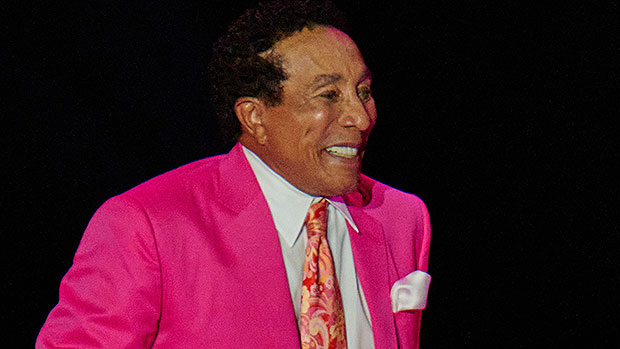 The ‘King of Motown’ has three heirs: two sons and a daughter. Learn all about them, here!

Over his illustrious career, Motown legend Smokey Robinson has been responsible for classics like “The Tears of a Clown,” “You’ve Really Got a Hold on Me,” and “Shop Around.” But his most enduring creations? His three kids, Berry, Tamla, and Trey. Smokey’s three adult children each have their own unique relationship with their famous father, though some are closer than others.

After marrying fellow Miracles bandmember and “First Lady of Motown” Claudette Rogers Robinson, in 1959, Smokey set out to begin building his family. But plans change, an illegitimate child over a decade into their marriage would change everything, and inspire some of Smokey’s most emotional hits. Learn all about the singer and his three kids, below.

Named after original Motown label founder Berry Gordy, Smokey’s first son with wife Claudette, Berry, was born in 1968. Born nearly ten years after Smokey and Claudette wed, Berry was a gift after conceiving had been a struggle for the couple due to their hectic touring schedule. Smokey revealed that Claudette suffered seven miscarriages before they eventually elected to have Berry via surrogate.

Berry is named after original Motown label founder Berry Gordy, who also happens to be his and sister Tamla’s godfather. Tamla recently celebrated a visit from Smokey with Berry, sharing a sweet photo of the trio to Instagram. Though Berry keeps a low public profile and has a private Instagram, he’s remained close with his family even so.

Smokey’s only daughter, Tamla Claudette Robinson, was born in 1971. Named after the iconic “Tamla” label set up that preceded Motown, Tamla has always shared a close relationship with her father, describing the pair as “best friends” in an interview. In turn, Smokey has sweetly shared Tamla “taught me more about life than I ever knew.”

Tamla is far more of an active social media user than brother Berry and regularly shares her life on Instagram. In a post celebrating her father’s birthday last year, she shared a heartwarming shot of the whole Robinson family when Tamla and Berry were just babies. In the heartfelt post, she wished her father “love, peace, and blessings” on his “special day.”

Though her family may have experienced their fair share of drama, Tamla is constantly shouting out her love for each and every one of her relatives, especially on special days like birthdays or anniversaries. She shared a sweet series of photos for Berry’s birthday honoring the “one of a kind” brother whose been there for her “through thick and thin.” She also posted a stunning shot of Claudette, who could truly be her sister, in celebration of International Women’s Day.

For a long time, Trey Robinson was the son most never knew Smokey had. While married to Claudette, Smokey had an affair with another woman and fathered Trey in 1984. When Claudette found out, she left Smokey, and their divorce was finalized by 1986. The fallout from his affair made headlines, and Claudette eventually ended up receiving nearly 50% of his estate in the settlements. Very little is publicly known about Trey, and neither Smokey nor his children share a public relationship with him.

Though Trey’s birth was the end of the line for Claudette and Smoky’s marriage, they’ve managed to come together since, especially in the name of their family. Recently, Smokey joined Claudette to celebrate a scholarship award ceremony for their granddaughter Lyric Ontiveros. Though the tension of infidelity may be what once broke them apart, it’s clear these days family still ties them together.