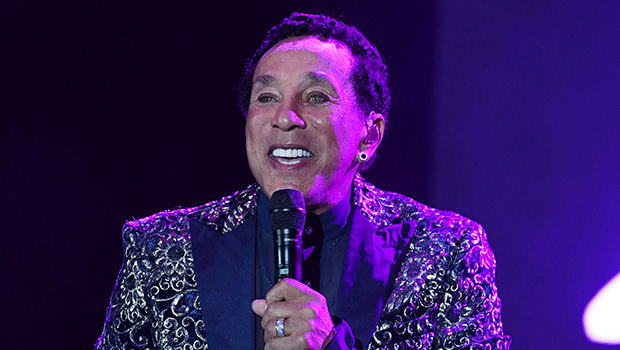 Smokey Robinson, 82, is known as the King of Motown, but who is his queen? The Miracles band member has been married twice. One marriage resulted in divorce and the other is happily intact. Smokey Joe shot up to celebrity status after he formed the group The Miracles, which is best known for its hits “The Tracks of My Tears,” “Shop Around,” “I Second That Emotion,” “Baby Baby Don’t Cry,” and “Tears of a Clown.”

Once he left The Miracles in 1972, he became a music executive and launched his own solo career. He also proved himself as a songwriter creating hits for top artists like Mary Wells and The Temptations. Smokey has had a long and successful career and there have been moments of it when he has a woman by his side and others where he has rode it solo. Here’s everything you need to know about the two women that he wed.

Claudette Rogers Robinson had a name for herself aside from being Smokey’s wife. She was a member of the music group The Miracles along with her husband. In fact, she even has her own title as The First Lady of Motown. Both a singer and songwriter, she first got her start in a group called The Matadorettes while her brother Sonny Rogers was in a band called The Matadors. When he left the group to serve in he military she took his place and the group became The Miracles– that’s how she met Smokey.

Claudette and Smokey tied the knot in 1959 and had two kids together. Their first child Berry Robinson, named after Berry Gordy, the founder of Motown, was born in 1968. His younger sister Tamla Robinson was born a year later in 1969. The two had plenty of ups and downs in their marriage. Claudette first caught Smokey cheating in 1974 and separated that year, all of which inspired his song “The Agony & The Ecstasy.” He cheated again but this time it resulted in getting another woman pregnant and the birth of his son Trey in 1984. This was the final straw for their relationship and he filed for separation and they divorce in 1986.

Frances Glandney may not be a Motown legend but she has certainly made her own mark on the world. The 52-year-old is a successful interior designer but prefers to stay out of the limelight. She also launched a skincare line with Smokey in collaboration with Skinphonic. Their collections are called The Get Ready and My Girl, named after his songs for The Temptations, and were specifically made for people of color.

Frances and Smokey dated for a while before they decided to tie the knot in May 2002. They have been married for 19 years and seem to still be going strong as life partners and business partners. The two currently reside peacefully together in their home in Pittsburgh.