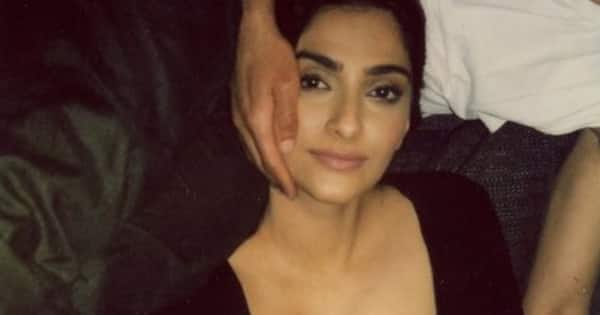 Sonam Kapoor has just dropped the biggest news of recent times. The actress took to her Instagram account to announce that she is pregnant and all set to welcome her first child with husband Anand Ahuja. The Neerja actress shared some extremely stunning monochromatic pictures that see her cradling her tiny baby bump. In the caption, the actress shared that they are due in the fall this year. Sonam Kapoor penned a very sweet caption with the pictures and expressed excitement to begin this new chapter in life. Kareena Kapoor Khan too commented on Sonam’s post. Also Read – Before The Kashmir Files, check out movies starring Ajay Devgn, Akshay Kumar, Aamir Khan and more that received government support

In the caption, Sonam wrote, “Four hands. To raise you the very best we can. Two hearts. That will beat in unison with yours, every step of the way. One family. Who will shower you with love and support. We can’t wait to welcome you. #everydayphenomenal #comingthisfall2022.” Kareena Kapoor Khan appeared to be the most excited one and stated that she cannot wait for babies to play together. She wrote, “Wohoooooooo soooo happy for you both can’t wait for the babies to play .” Congratulations to the happy couple. Check out Sonam’s post below: Also Read – Mouni Roy, Kareena Kapoor Khan and 4 more celebs who set social media on fire today with their pics

It was on May 8, 2018 that Sonam Kapoor and Anand Ahuja had tied the knot at Anil Kapoor‘s residence in Mumbai. They had been dating for a while before they decided to settle in matrimony. Post wedding, Sonam Kapoor has been switching bases between Mumbai and abroad. There have been many occassions when fans have predicted their pregnancy and finally the good news is here. Also Read – Holi 2022: From Shah Rukh Khan to Ranveer Singh: A look at the most grandest and memorable Holi parties of Bollywood