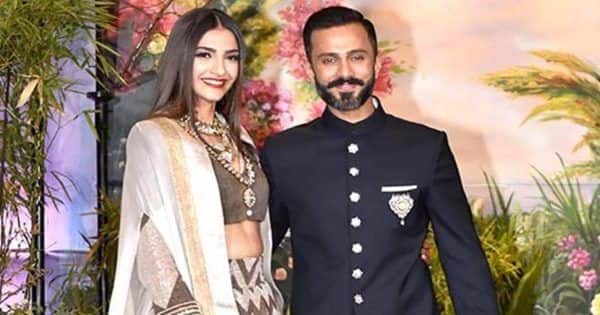 Sonam Kapoor’s husband Anand Ahuja has got into an online spat with a shipping company. The name of the firm is MyUS. It so happened that Anand Ahuja tweeted on January 27, 2022 about his bad customer experience with the online shipping company. Anand Ahuja tweeted, “Does anyone know someone at MyUS – I have had HORRIBLE experience recently. They are holding items improperly, rejecting formal paperwork & refusing to acknowledge any reasoning.” While some people also said that they had similar experiences with the firm, the shipping company alleged that Anand Ahuja used doctored invoices to avoid payment of taxes and custom duty. Take a look at the tweets… Also Read – Sushant Singh Rajput’s fans CELEBRATE Deepika Padukone’s Gehraiyaan FAILURE [View Tweets]

Does anyone know someone at @MyUS_Shopaholic – I’ve been having HORRIBLE experience recently. They are holding items improperly, rejecting formal paperwork & refusing to acknowledge any reasoning.

@sonamakapoor @etimes @bombaytimes This is not a matter of customer service quality, new policies, or holding items improperly as was tweeted. Mr. Ahuja misrepresented the price he paid for sneakers purchased on eBay which would result in him paying less duties and taxes. (1/3)

You should watch your baseless slandering- you were the ones that refused to validate PDF receipts & bank statements just so you could overcharge me and hold my goods longer to earn late fees.

Put very simply, we have a legal obligation to provide accurate information when sending international shipments. Both MyUS and Mr. Ahuja are subject to international export rules, and we intend to follow them. (3/3)

Anyways now have moved all items and closed my account. Gooooood riddance!

Some trolls also put nasty comments on Sonam Kapoor and Anand Ahuja. The actress who is now living in Kensington London had written about the Hijab matter and was trolled on the same. The actress will be seen next in Sujoy Ghosh’s production Blind. Also Read – Trending Entertainment News Today: Alia Bhatt REVEALS she’s married to Ranbir Kapoor; Shabana Azmi reacts to Kangana Ranaut’s comments on hijab controversy and more