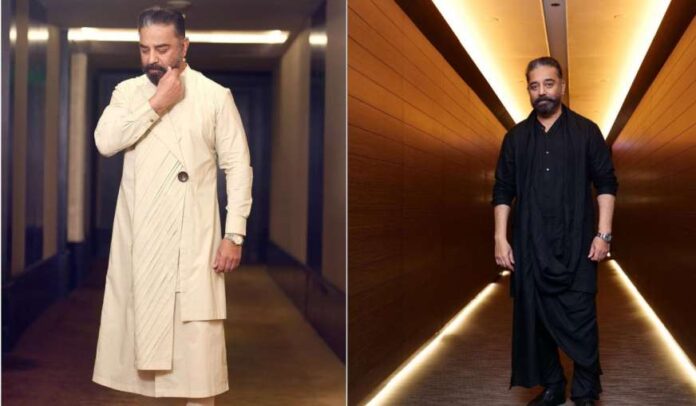 Kamal Haasan: The news of South’s veteran actor Kamal Haasan’s health deteriorating recently is getting increasingly circulated. In such a situation, he has been admitted to the hospital, at present the health of the actor is stable. It is being told that his health deteriorated late at night, in which case he was immediately admitted to the hospital. Please inform that keeping in view the actor’s health, he has been admitted to Shri Ramchandra Medical Center. His health deteriorated due to feeling restless and high fever, at present he has been discharged from the hospital. Recently, Kamal Haasan was introduced to the legendary director K.K. Was seen with Vishwanath, many photos of both of them also went viral on social media. Nowadays Kamal Haasan is busy hosting the reality show ‘Bigg Boss’ Tamil Season 6. This show is proving to be a hit on Tamil TV.

On November 23, Kamal Haasan had mild fever, he was also feeling a bit restless. After returning from Hyderabad, Kamal Haasan was admitted to a private hospital in Chennai. The doctors treated him and asked him to rest at home for a few days. There are reports that Kamal Haasan has been discharged, however, no statement has come out from his or his team’s side so far.

Kamal Haasan’s previous film ‘Vikram Vedha’ did well at the box office. Let us tell you that these days the actor is very busy in ‘Bigg Boss Tamil’ and politics. He is working on his upcoming film ‘Indian 2’, soon he will also work on a new project with Mani Ratnam. The name of the film is ‘KH 234’, apart from this, Kamal Haasan also has a film by director Pa Ranjith, on which no update has come yet. The title of the film has not even been revealed.

Shilpi Raj: Shilpi Raj and Golu Gold’s new song came amidst the news of suicide, the best love chemistry seen in the video