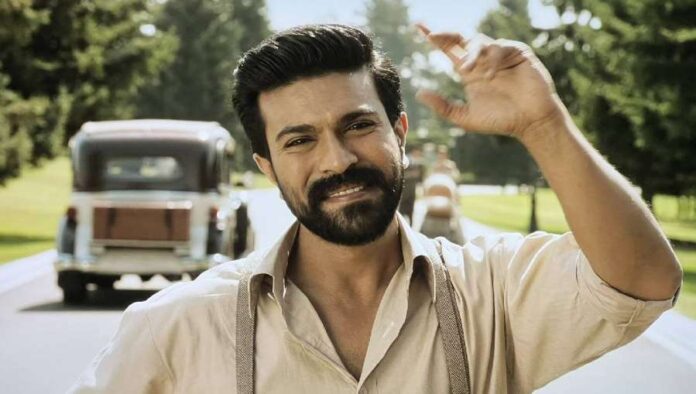 New Delhi: Tamil cinema star Ram Charan has emerged as the favorite star of this year. His film ‘RRR’ is getting praises all over the world. At the same time, apart from films, he is also doing something in his personal life that people are praising him. In fact, in the year 2020, Ram Charan was seen clicking selfies with the children of late Colonel Santosh Babu, who was martyred in the Galwan Valley clash with the Chinese People’s Liberation Army. Now these pictures and videos are going viral on social media.

The thing is that recently actor Ram Charan was honored for his work and contribution to the entertainment industry at an award function. In a video clip of the event doing rounds on social media, Ram Charan can be seen taking a selfie with the children of late Colonel Santosh Babu. Seeing whom people are not tired of praising Ram Charan.

In this viral video, Ram Charan can be seen clicking selfies with the kids in portrait and landscape mode with the mobile phone. Seeing this video, a fan said in praise, ‘Gentleman’, while another wrote here, ‘Real Super Star’, while a female fan said, ‘Sir aapko salaam hai’.

Ram Charan was also seen shaking hands with singer Neha Kakkar and hugging actor Sonu Sood during the event. After Ram Charan received the award, his father and actor Chiranjeevi congratulated him on Twitter. He wrote in tweeting, ‘Very happy for you and proud to win the True Legend Future of Young India Award. Well done!’

Will be seen in sports drama

On the work front, Ram Charan has announced his next project with director Buchi Babu Sana. The film will be a sports drama. Sharing the news about the yet untitled film, Ram Charan tweeted, “I am very excited. Looking forward to working with Buchi Babu Sana and the entire team. Currently the title of the film is ‘RC16’.

According to an official statement, the project will be a pan-India film. Jointly produced by Maitri Movie Makers and Vridhi Cinema, the project is expected to go on floors later this month. Ram Charan who was last seen on screen in SS Rajamouli’s magnum opus ‘RRR’ is now shooting for his upcoming untitled film with director Shankar. Ram Charan is playing the role of an IAS officer in the film. The film also stars Kiara Advani.

Flora Saini’s ex-boyfriend brutally thrashed her, the actress said after narrating her story – almost killed her