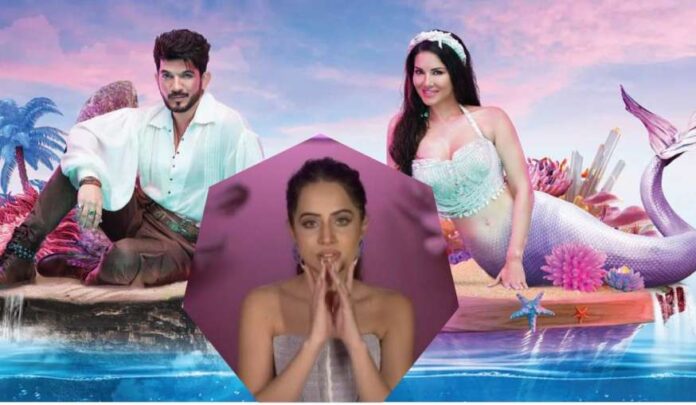 Urfi Javed is a social media sensation. She is seen in the dating reality show ‘Splitsvilla X4’. TV actress Urfi Javed has created a buzz with her entry in the show, after Bigg Boss, Urfi’s fans were once again eager to see her in a similar show. She was paired with contestant Kashish Thakur in the show, Urfi told that she is looking for someone who is cute and chocolaty in the show and Urfi says that Kashish is perfect for her. Both are seen sharing romantic moments.

In this new season, people are getting to see lots of fights and dramas between the contestants along with a lot of fun. The show has been hosted by Bollywood’s baby doll Sunny Leone for the last many years and Arjun Bijlani is seen with her this season. Recently a new promo related to the show has surfaced, in which Sunny Leone is making everyone crazy with her hot moves. The most controversial contestant of the show Urfi Javed is missing from the show.

The makers of the show recently shared a new promo of the show on their Instagram account. In this video, Hamid and Joshwa are seen fighting over their connections. After this, in the upcoming episode of the show, all the contestants are trying to impress the hosts Arjun and Sunny with their hot chemistry. But as soon as Sunny Leone herself came on the stage, Arjun Bijlani was also surprised to see her latko-jhatko and dance moves. During this, Sunny Leone appeared in red color shimmery skirt and choli.

Bigg Boss OTT contestant Urfi Javed made a special entry this season. Due to the fire started by him, a fight was also seen between many contestants. Suddenly Urfi Javed had to say goodbye to the show midway. Actually, Urfi Javed did not come in this season as a contestant, but as a mischief maker, who works to create a rift in the relations of the family members. This was revealed in the dumping zone in the past, after which Kashish became a bit sad as his connection went away. However, in the meantime, Urfi also revealed that she might appear again in the show.