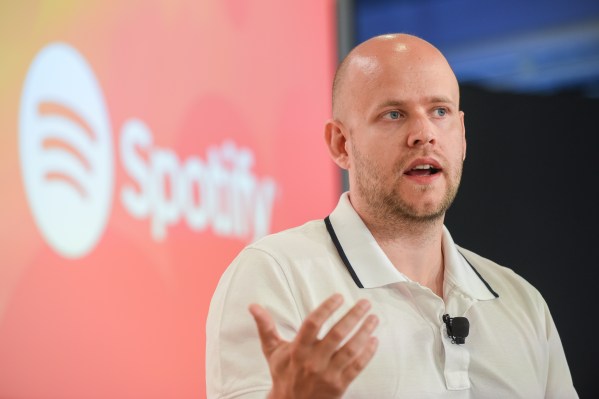 In a blog post yesterday, Spotify CEO Daniel Ek addressed mounting controversy over health misinformation. After Spotify pulled Neil Young and Joni Mitchell’s music over protest of the company’s deal with podcast monolith Joe Rogan, the executive conceded that the company hasn’t “been transparent around the policies that guide our content more broadly.”

Ek added that Spotify is working to add content advisories to podcast episodes that feature discussions about Covid-19, specifically. That advisory redirects to a “Covid-19 Hub,” featuring news episodes from outlets like the BBC, ABC and CNN, as well as interviews with Anthony Fauci and other medical professionals.

“Based on the feedback over the last several weeks, it’s become clear to me that we have an obligation to do more to provide balance and access to widely-accepted information from the medical and scientific communities guiding us through this unprecedented time,” Ek writes. “These issues are incredibly complex.”

In a nearly 10 minute Instagram video posted last night, Rogan addresses the controversy – including Spotify’s response. In an attempt address what he deemed misrepresentations of his show, Rogan notes that he is a fan of Young’s and is “very sorry [Young and Mitchell] feel that way” about his program. Young and Mitchell both contracted Polio at an early age, prior to the widespread development of an effective vaccine.

“If there’s anything that I’ve done that I can do better is have more experts with differing opinions, right after I have the controversial ones,” Rogan says in the video. “I would most certainly be open to doing that. I would like to talk to some people that have differing opinions on those podcasts in the future. We’ll see.”

He adds that, “I do all of the scheduling myself, and I don’t always get it right.” Rogan explains that the appeal of the show is that that they are “just conversations,” while noting that scientific consensus often changes. In the video, he offers a more direct apology to Spotify, with whom he signed an exclusive deal in May 2020, reportedly worth $100 million. “I want to thank Spotify for being so supportive at this time,” he says in the video, “and I’m very sorry that this is happening to them and that they’re taking so much heat from it.”

Two weeks ago, a letter signed by 270 medical experts accused the music streaming platform of “enabling its hosted media to damage public trust in scientific research and sow doubt in the credibility of data-driven guidance offered by medical professionals.” The letter specifically cites a recent interview with Dr. Robert Malone, but notes that it is, “not the only transgression to occur on the Spotify platform, but a relevant example of the platform’s failure to mitigate the damage it is causing.”

“I trust our policies, the research and expertise that inform their development, and our aspiration to apply them in a way that allows for broad debate and discussion, within the lines,” Ek writes. “We take this seriously and will continue to partner with experts and invest heavily in our platform functionality and product capabilities for the benefit of creators and listeners alike. That doesn’t mean that we always get it right, but we are committed to learning, growing and evolving.”

The post fails to specifically mention The Joe Rogan Experience or its host by name, nor has the company disclosed how many users have canceled their accounts in the fallout over the last few weeks. The show has previously come under fire for content deemed anti-transgender, which has sparked a backlash within Spotify’s own ranks.