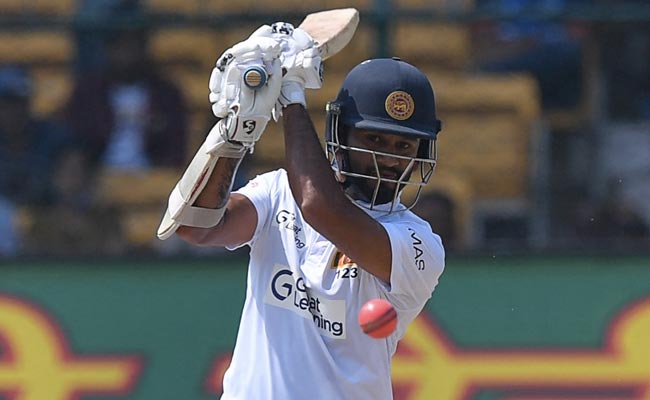 Dimuth Karunaratne, the skipper of the Sri Lankan cricket team, is being trolled on the internet for responding to an old tweet from commentator Harsha Bhogle. The gaffe happened after India completed a resounding victory over Sri Lanka in the second Test, winning the series 2-0.

The tweet in question was posted by Bhogle after Karunaratne hit a century in the fourth innings of a Test match in August 2019. That match was played between Sri Lanka and New Zealand at the Galle International Cricket Stadium.

Karunaratne had scored a brilliant 122 in the fourth innings, helping Sri Lanka chase a target of 268 easily.

Bhogle had then lauded the left-hander for the exceptional knock.

“A fourth innings hundred is special. And it has come from a very fine player #DimuthKarunaratne,” the commentator said in his August 2019 tweet.

The Sri Lankan, who is being congratulated for his knock in the second Test match against India in Bengaluru, appears to have missed the date on Bhogle’s tweet and posted a “Thank You” in response.

The users on Twitter caught the error and posted hilarious messages.

“Is everything alright?” asked a user. “Stop using Internet Explorer,” posted another.

“My brother just searched his name and replied to every tweet he found because… he thought he’s just being noticed now,” said another tweet.

Karunaratne also realised the mistake and posted a correction: “Just realized this tweet is 3 years ago. anyway @bhogleharsha that was a Good Prediction.”

The Sri Lankan skipper fought a lone battle as the visitors suffered a crushing 238-run defeat to India, and also conceded the two-match series at the M Chinnaswamy Stadium in Bengaluru on Monday.

Karunaratne, however, received a lot of praise for his knock of 107 in the fourth innings of the match. The crowd in Bengaluru made a huge roar after the southpaw registered his 14th Test ton on Day 3 of the day-night Test.