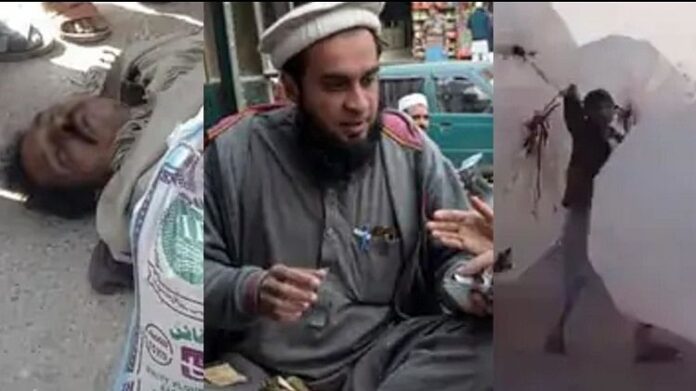 The condition of the neighboring country Pakistan, which showed eyes to India a few days ago, is slim. Rotis are no longer being made in people’s homes because flour has become very expensive. When the government started distributing subsidized flour, there was a stampede. Four people died in this. The prices of vegetables, fruits and other food items are on cloud nine. The situation is that now people are not able to buy even the full gas cylinder. Poor people are forced to buy gas in bags. Let’s see in pictures how hunger is increasing in Pakistan?

The inflation rate in Pakistan has reached 25%. The price of one liter of milk has reached Rs 144. Bread is available for Rs.98. There is an outcry in the whole country. Those who have money are not facing any problem, but the situation has become worrying for the poor. Najam Sharif, who works for an Urdu newspaper in Pakistan’s Sindh province, says that the situation of inflation and unemployment in Pakistan has become such that poor people are forced to sleep hungry. A large number of people are able to eat food only once. People’s homes have run out of flour, rice, lentils. The price of gas-stove is also on the seventh sky. In such a situation, people are cooking food by burning wood on earthen stoves. In the cities, where there is no provision of firewood, they are buying gas in plastic bags.


Inflation will increase by 40 percent if IMF conditions are met

Inflation will shoot up to 40 percent if Pakistan’s government accepts the International Monetary Fund’s (IMF) conditions for finalizing the ninth review of the loan programme. Then things can get worse.


Four lives were lost due to cheap flour


To give relief to the people in Pakistan, the government has started distributing flour on subsidy. Due to this, four people died in Mirpur Khas district of Sindh state. According to media reports, the crowd gathered on seeing the packets of flour brought on trucks from the government. Many people were injured in the scuffle. A 35-year-old laborer was crushed by the people. He died on the spot.

A similar case also came to the fore in Sakrand town of Shaheed Benazirabad district. There was a stampede while buying cheap flour outside a flour mill here. This resulted in the death of three women. The price of flour in Sindh and Karachi is Rs 130 to 170 per kg. Flour is being sold at a subsidy rate of Rs 65 per kg.

The condition is so bad that people are fighting for each sack of 5 kg each. Most expensive flour is available in Khyber Pakhtunkhwa. Here the price of 20 kg packet of flour has reached up to Rs 3100 in the open market. A year ago its price was Rs 1100. Many videos have also surfaced. Where, people are crying when the government flour is over. People told the government that if they cannot provide food, then everyone should be killed.

Police is being deployed to distribute flour

Incidents of fighting and ruckus have come to the fore from many districts of Pakistan due to flour fighting. Now the government has started deploying police while distributing flour on subsidy. The crowd is being controlled through this. Due to rising prices of flour, people in many areas have taken to the streets against the government.