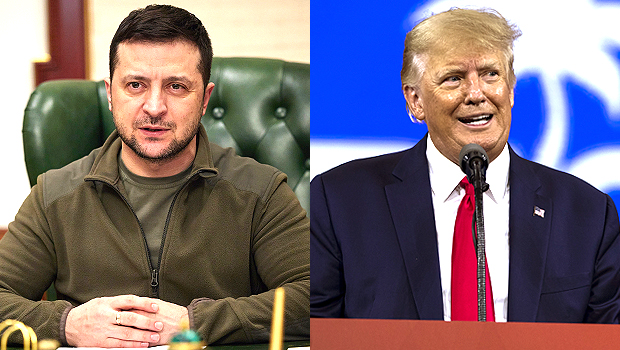 Trump’s former press secretary torched the ex-president, saying he would’ve gone soft on the Russian leader during the crisis in Ukraine.

Former Press Secretary Stephanie Grisham didn’t hold back in revealing how former President Donald Trump would’ve reacted if he was in a war with Russian President Vladimir Putin, while she guest co-hosted The View on Tuesday March 8. Grisham commended Ukrainian President Volodymyr Zelenskyy for joining his countrymen and battling against Russian forces, as Putin has invaded Ukraine, and she said that the ex-president wouldn’t have done the same in his shoes. “Donald Trump would be 57 feet below ground hiding, and Zelenskyy has been out there fighting,” she said to thunderous applause.

Other than saying that Trump would’ve cowered in fear from a Russian attack, Grisham also speculated on what Trump’s approach to the invasion of Ukraine would’ve been. “I think that he would’ve had a completely hands-off approach. I think he’d be like, ‘Go on in there.’ He really admired Putin, and I saw that firsthand,” she said, while recounting one of Trump’s meetings with the Russian leader. “I saw him say to Putin, ‘Hey, I’m going to be tough on you in front of the cameras. You understand, and once the cameras are gone, we’ll have a real conversation.’”

Besides saying that Trump would probably have had a hands-off policy with Ukraine, Grisham mentioned that the ex-president would likely have said that he’d been “tough,” amid a hands-off policy. The I’ll Take Your Questions Now author also said that she thought that Trump was envious of some of the authoritarian power that Putin has in his country, pointing out other authoritarian leaders, like Turkish President Recep Erdogan or Chinese President Xi Jinping, that he seemed to admire. “I think he wanted to be able to kill whoever spoke out against him,” she said. “He loved the dictators. He loved the people who could kill anyone, including the press.”

While Grisham revealed that Trump seemed to be “in awe” of Putin’s power, and even “took Putin’s word over our own national intelligence,” she did admit that she felt like Trump felt another emotion towards the Russian president. “I think he was afraid of him. I think the man intimidated him, because Putin, he’s a scary man,” she said.