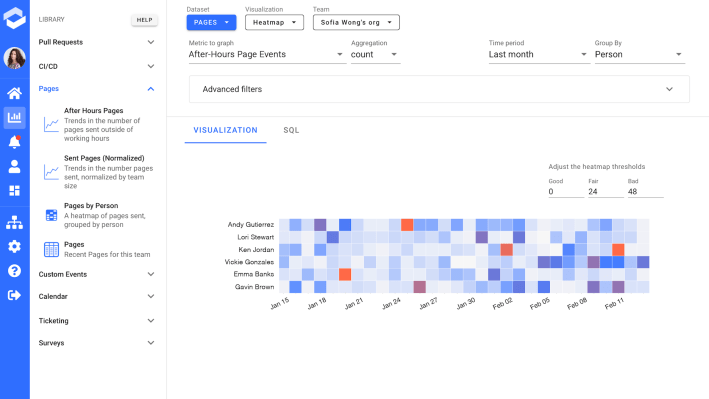 As employers try to manage the loss of workers to “The Great Resignation” and engage employees working from home, Okay co-founder and CEO Antoine Boulanger says the company is seeing its quantitative and empathetic management approach become more in demand as “the distinction between productivity and employee satisfaction is disappearing for knowledge workers.”

Two years ago, we profiled Okay, an engineering visibility tool helping engineering managers lead effective and engaged teams, which was fresh out of Y Combinator with $2.2 million in new funding in its pocket. Boulanger said he and co-founder Tomas Barreto started Okay after meeting at Box.

“What we’ve seen in the past couple years is a transition for people, managers and teams on how to manage teams fully remote,” Boulanger added. “There is a notion that people want more visibility and to understand what is happening with the team. We saw at the beginning of the pandemic, when there was an increase in meetings, but as people got used to different things, and now going back into the office, those same transitions are happening again.”

Okay’s suite of tools are meant to largely replace tools built in-house and provide a look at the interruptions and inadequate tooling keeping engineers from feeling productive and engaged. The product can be integrated with a company’s existing tools, including software like Google Calendar, GitHub, PagerDuty and CircleCI.

In the past year, the company saw both its revenue and customer base grow around 10 times, including customers like Sourcegraph and mParticle, which Boulanger attributes to its approach to engineering productivity that is focused on identifying bottlenecks in the development process instead of measuring output.

To build on that momentum, Okay took in another round of capital, this time $4.4 million, led by Kleiner Perkins, with participation from Stripe CEO Patrick Collison and executives from Plaid, Brex and Instacart.

The new funding will go toward increasing the number of integrations, new features and hiring. Boulanger’s aim is to support bigger companies — its focus is in a market with companies that have hundreds of engineers, but eventually to be able to support companies with thousands of engineers.

“We spent three years building the product, which is a complex data product, so we have had our senior team working on this and partnering with customers,” he added. “The idea is to double down on our engineering team, go-to-market efforts and design. One area we are excited about is creating a way for sharing queries, so everyone in the company can share the data.”