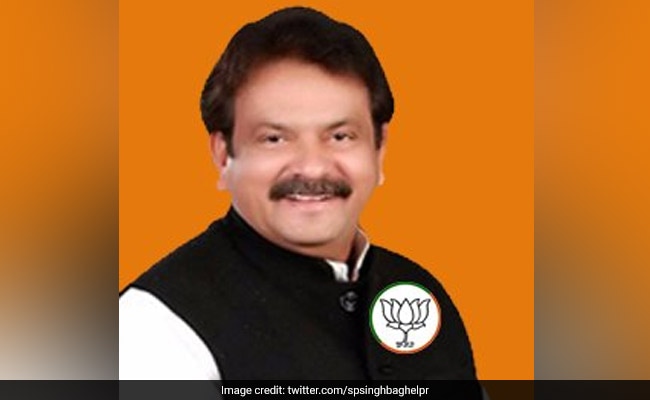 Akhilesh Yadav’s main rival in his debut Uttar Pradesh election will be Union Minister SP Singh Baghel, who was once close to the Samajwadi Party leader’s father Mulayam Singh Yadav.

SP Singh Baghel, the BJP MP from Agra, is the party’s candidate from Karhal in eastern Uttar Pradesh where Akhilesh Yadav is contesting his first state election.

Akhilesh Yadav, who also filed his nomination papers earlier today, declared, “Whoever is chosen as the BJP candidate from Karhal will lose.”

He is the Minister of State for Law and Justice.

Speaking to NDTV after filing his nomination for the polls starting February 10, Mr Baghel said he felt delighted that the party had chosen him to fight Akhilesh Yadav, the Samajwadi Party chief and Chief Minister Yogi Adityanath’s chief challenger in this UP election.

He was revealed as the BJP candidate from Karhal virtually at the last minute when he went to the election office to submit his documents.

“It is very important to have a surprise element in elections,” the Union Minister said.

“I will fight with all my might – this is not anyone’s bastion or stronghold. I have seen Kannauj, Firozabad, and Etawa (Samajwadi strongholds) fall.”

Mr Baghel said his main campaign points would be nationalism and development. “The BJP thought about the country, removed Article 370 (which gave special status to Jammu and Kashmir),” he said.

The Karhal contest, he said, would be exciting.

Mr Baghel began his career in the Uttar Pradesh police and was in the security team of Mulayam Singh Yadav. It was the Samajwadi founder who got Mr Baghel to fight his first Lok Sabha election in 1989. He lost that year and in the next election too. He was elected for the first time in the 1998 national election.

From the Samajwadi Party, Mr Baghel first went to the Bahujan Samaj Party (BSP) of Mayawati and then to the BJP.

He won the 2017 UP election and the 2019 Lok Sabha election. He was included in Prime Minister Narendra Modi’s cabinet in last year’s cabinet rejig.