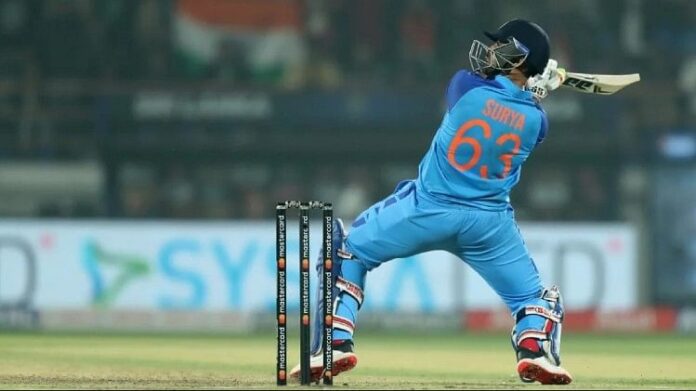 Suryakumar Yadav played a stormy inning against Sri Lanka in Rajkot. He scored an unbeaten 112 off 51 balls. Due to his innings, India defeated Sri Lanka by 91 runs in the third match of the three T20 series. With this victory, Team India won the series 2-1. Suryakumar scored his third century in International T20. During this, he made many records in his name.

Suryakumar achieved a great feat during his innings against Sri Lanka. He became the fastest batsman to score 1500 runs in T20 Internationals. Surya, who made his debut against England in February 2021, completed 1500 runs in 42 innings. He faced 843 balls for 1500 runs. Australia’s Glenn Maxwell took 940 balls for this.

2. Non-opener Indian batsman with most sixes in an innings

Suryakumar hit nine sixes in the innings against Sri Lanka. He became the most number of sixes by a non-opener batsman for India in a T20I match. In this case, he left behind himself, Virat Kohli and Yuvraj Singh. Surya, Kohli and Yuvraj had hit seven sixes each.

Suryakumar has become the first batsman to score a century in a T20 International match in three different continents. He scored centuries against England in July last year and against New Zealand in November. In India, he has scored the first century in T20.