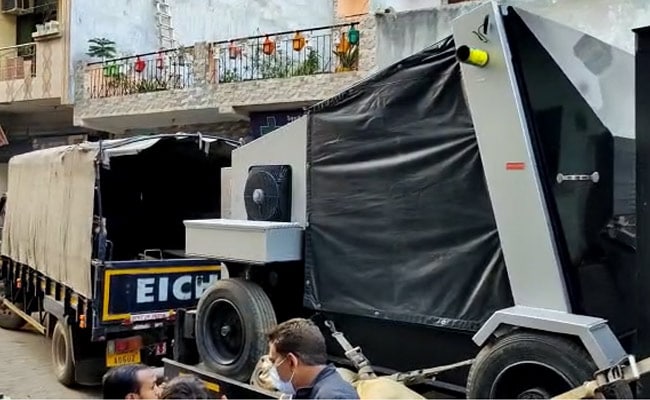 The owner of property didn’t carry out police verification before renting out his place to suspects.

The Delhi Police on Thursday recovered 3 kg of Improvised Explosive Device (IED) inside a bag in Delhi’s old Seemapuri. The explosive items were later defused while the owner of the house and a property dealer were being interrogated by the police.

According to the police sources, the suspects had rented an apartment in the north-eastern part of Delhi using fake documents. And the owner of the property didn’t carry out police verification before renting out his place to the suspects.

The owner of the apartment is a contractor named Qasim. He had rented out the apartment on the second floor of the building through a property dealer named Shakil. It was taken by a person, but three more men moved there 10 days ago. All of them fled before the police reached there.

The Delhi Police Special Cell had intercepted several dozen suspicious phone calls that led them to the spot.

The Special Cell has identified the suspects and has also obtained their photographs. It is not yet known where these men are from. The police suspect they could be part of a sleeper cell or part of a larger conspiracy.

With this explosive having similarity with the one recovered from the Ghazipur flower market ahead of Republic Day last month, the police believe that both these cases might be linked to the same people.

The case is also suspected to be related to a massive bomb blast in car parking at Himachal Pradesh’s Kullu on January 29. The traces that the Forensic Science Laboratory team had recovered from the car bomb math the IED found in the Ghazipur case. The IED found on Thursday in Seemapuri could be linked to this chain of events.