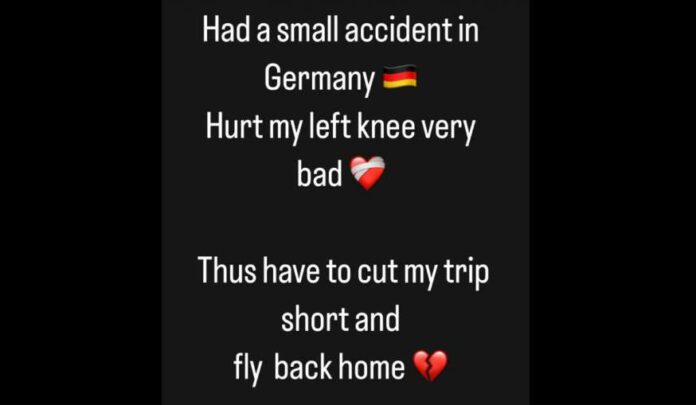 Travel lover Munmun Dutta started her Europe trip about a week ago. She has just visited Switzerland and Germany, but the actress met with an accident in Germany. In her Instagram story, Munmun Dutta said, ‘I had a minor accident in Germany, my left knee hurt a lot. That’s why I have to leave my trip midway and come back home. Along with this, he has also put a broken heart emoji.

Before Germany, Munmun went to Switzerland which is the favorite destination for most romantic films. The actress also shared a photo of herself eating hot chocolate from here. The actress also visited the Lindt Museum and had a lot of fun. He wrote, “A visit to Lint Home of Chocolate.”

Splitsvilla X4: Urfi Javed falls in love with this chocolaty boy, says will convince mother too!