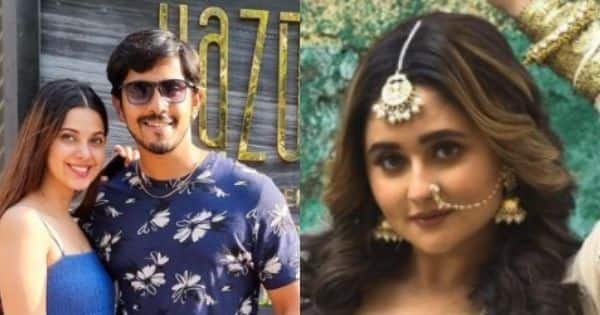 Pandya Store fans were elated to know that their beloved Kanwar Dhillon – Alice Kaushik might be dating as per rumours. The actress in her latest interview has neither confirmed or denied the gossip. She said that he was like a family member. Tejasswi Prakash and Rashami Desai fans started a fan war of sorts on social media after some mischief-maker reported that Rashami Desai was being paid a lot more to play the role of Laal Naagin from Chingistan. Here is a lowdown of the news… Also Read – Ziddi Dil Maane Na fans protest against Shaleen Malhotra aka Karan Shergill’s death sequence; say, ‘NO KARAN NO ZDMN’ – read tweets

Pandya Store actress Alice Kaushik reacts on dating rumors with Kanwar Dhillon
Alice Kaushik who plays the role of Raavi on Pandya Store has broken her silence on dating rumours with Kanwar Dhillon. The lady had written a long note for her co-star on social media. The actress did not deny or confirm her relationship in her interview with The Times Of India. Alice Kaushik said people should not assume that the note is like a confirmation of them being a couple. She said that Kanwar Dhillon is like her family member. Also Read – Naagin 6 star Tejasswi Prakash Vs Shamita Shetty: Who wore the pink tie and dye short dress better? Vote Now

Ziddi Dil Maane Naa fans lodge protest online
There is a news that Shaleen Malhotra’s character aka special agent Karan Shergill will be bumped off from the show. This has left fans aghast. Fans adore the chemistry between Kaveri Priyam and he on the show. They have warned makers against such a move.

SidNaaz fans celebrated two years of Bhula Dunga
It is two years to the first project of Shehnaaz Gill and late Sidharth Shukla, Bhula Dunga. The two worked on it with singer Darshan Raval.