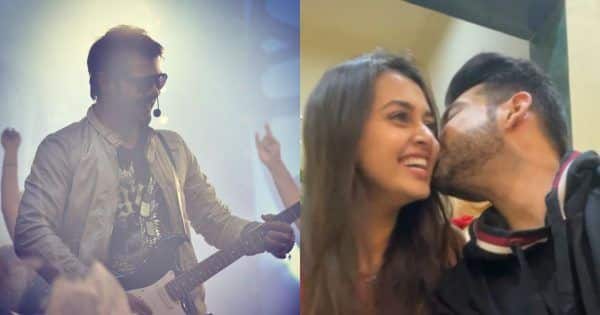 Rakhi Sawant in a lengthy interview has revealed the series of events that led to her split with Ritesh Singh. She said that he left her saying that he could not cope with his legal issues. Rakhi Sawant also said that she wanted a baby. The other big news is that Shabir Ahluwalia has reportedly quit Kumkum Bhagya after seven long years. The actor will play a Punjabi in a new show by Yash Patnaik. It is for a top GEC. They are on the hunt for an actress. Bigg Boss 15 lovebirds Karan Kundrra and Tejasswi Prakash did a live with fans. It was a treat given how romantic and funny Sunny and Ladoo were. Here is a detailed look… Also Read – Rakhi Sawant is furious as a man touches her without permission; says ‘Aap aise haath nahin laga sakte’ – watch

Rakhi Sawant reveals details of the split with Ritesh
In an interview with ETimes Rakhi Sawant has revealed the details of her split with Ritesh. She said that he left the house on Sunday saying that legal issues with his wife Snigdha Priya had escalated. She says it was he who left her. Rakhi Sawant said they were planning a baby in 2022. She has said that she will still wait for Ritesh. Rakhi Sawant said that she has given Ritesh an ultimatum that he will have to buy a house and car of his own if he decided to come back and live with her. Also Read – Tejasswi Prakash and Karan Kundrra’s Valentine’s Day Insta Live shatters records with 128K audience — Here are five big highlights

These were the main headlines from the world of TV for today.