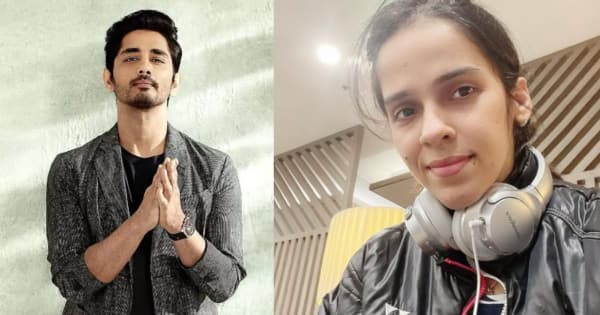 Actor Siddharth who has been a part of many Tamil and Telugu films made it to the headlines because of his remark against ace Badminton player Saina Nehwal. He received a lot of backlash for being crass towards the player. In a tweet, Saina Nehwal had shared that Prime Minister’s security should not be compromised. She shared her opinion on the recent security lapse suffered by PM Narendra Modi. Replying to this, Siddharth wrote, ” “Subtle cock champion of the world… Thank God we have protectors of India. Folded hands. Shame on you #Rihanna.” His tweet did not go down well with many calling ‘crass’ and filled with ‘sexual slur’. Now the actor has shared his clarification. Also Read – Tamil actor Siddharth receives severe backlash for hurling ‘sexual slur’ at Saina Nehwal – read tweets

On Twitter, Siddharth wrote that his tweet was not meant to disrespect anyone and the reference that he made was from ‘Cock and Bull’ idiom. He wrote, “”COCK & BULL” That’s the reference. Reading otherwise is unfair and leading! Nothing disrespectful was intended, said or insinuated. Period.” Also Read – Did Siddharth call Samantha Ruth Prabhu ‘cheater’ in his tweet post her split with Naga Chaitanya? Rang De Basanti actor responds

That’s the reference. Reading otherwise is unfair and leading!

Nothing disrespectful was intended, said or insinuated. Period. ??

Siddharth was slammed for his choice of words and many stated that he should share his opinions in a better manner. Saina Nehwal is yet to react. Also Read – Maha Samudram trailer: Sharwanand, Siddharth, Aditi Rao Hydari’s gangster film looks like a blood-soaked ride of conflicting ideals

This is upsetting for us … express ur opinion but choose better words man . I guess u thought it was cool to say it this way . #notcool #disgraceful

Actor Siddharth was also seen in Bollywood movie Rang De Basanti that had Aamir Khan, R Madhavan, Sharman Joshi, Kunal Kapoor and others as his co-star.