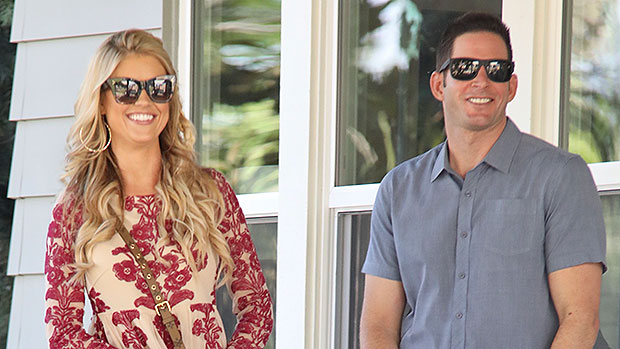 Tarek El Moussa is wishing his ex-wife Christina Haack ‘nothing but the best’ as they say goodbye to their hit HGTV show ‘Flip or Flop.’

After 12 years of their hit show Flip or Flop, Tarek El Moussa and Christina Haack are saying their goodbyes. In a March 17 Instagram post, Tarek shared numerous photographic memories of his time on the show and also had a sweet message for his ex-wife. “A special thank you to [Christina] for taking this journey with me,” Tarek wrote in the caption. “I think we did a pretty good job and I’m excited for what the future holds for both us and wish her nothing but the best!”

Elsewhere in the caption, Tarek noted how much of a “wild ride” it had been filming “an entire decade” of the house-flipping show, and shouted-out the “massive family all around the world” who supported the show. “I can’t believe this journey started in May 2010 with a home video and a dream of flipping houses on tv… it’s crazy to think 12 years later it’s coming to an end. I’ve spent almost a third of my life committed to this show,” he said.

The reality star continued, “Thank you to everyone who has put their blood, sweat and tears into this show to make it what it is today—big shoutout to the crew, our contractors @tarekbuyshousesllc and our HGTV family.” He then went on to tease a “very special emotional” final episode and said, “I can’t wait to show you what comes next!”

Flip or Flop, which debuted in 2013, followed Tarek and Christina buying up residential properties, improving them and selling them in hopes of making a profit. During its massively successful run, the show launched Tarek and Christina as household names and also put their relationship in the spotlight. Although the pair split in Dec. 2016, they continued to film the show as it also focused on how they co-parented their two children, Taylor, 11, and Brayden, 6.

Both Tarek and Christina have moved on since their divorce. In October, Tarek married Selling Sunset star Heather Rae Young, while Christina went on to marry Celebrity IOU: Joyride host Ant Anstead in 2018. They welcomed son Hudson in 2020, but split less than a year later. In September, Christina announced she was engaged to realtor Josh Hall.