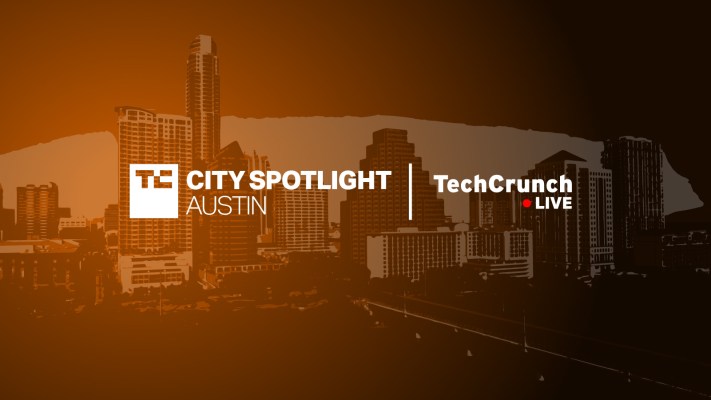 On April 6 TechCrunch is hosting a special episode of TechCrunch Live centered on Austin, Texas. We hope you can join us. The episode, like every TechCrunch Live episode, is streamed live and is programmed to help founders build better venture-backed businesses. The extended episode will feature a pitch deck tear down with The Zebra, a talk with venture capitalists actively writing checks, and a pitch-off with early Austin-based startups.

How to apply for pitch-offs

The line up is killer, but no showcase would be complete without an Austin Pitch-Off. TechCrunch editorial is on the hunt to showcase three Austin-based startups. Apply here. To qualify you need to:

Each company will have 4 minutes to pitch followed by a 5 minute Q&A with our fantastic judges. Companies will get private training with the Startup Battlefield team responsible for training all the TechCrunch early stage company pitches, a mini feature on TechCrunch.com, and a complimentary table at TechCrunch Disrupt 2022 in person.

TCL Panel with The Zebra and Silverton Partners

The Zebra was an early Austin transplant. Founded in 2012 in Pittsburgh, PA, the founders, lured by Texas investors including Mark Cuban and Silverton Partners’ Morgan Flager, relocated to Austin the next year. In 2017 after raising $40m, the company brought on Keith Melnick as CEO and has grown to be one of the largest tech startups in Austin.

How to raise early capital in Austin

Austin is quickly becoming a hub of early stage startups, and there’s a handful of firms writing checks to get these companies off the ground. Hear from three of the top investors in the Austin area about their investment strategies and the best way to get their attention.

Apply now! Three Austin-based startups will pitch their company live to a panel of investors and TechCrunch Staff. The companies have four minutes to present their pitch deck, and the winner gets exhibition space at TechCrunch Disrupt in San Francisco.