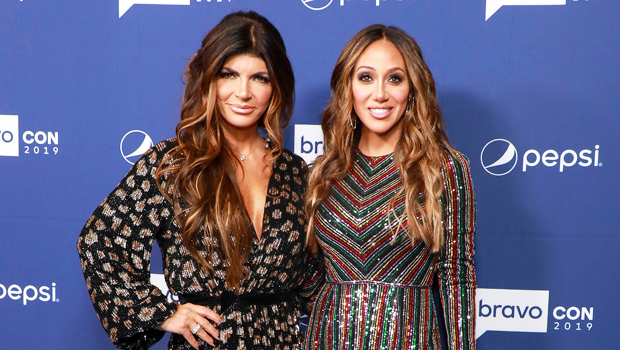 To Andy Cohen’s surprise, Teresa Giudice revealed on ‘WWHL’ that her ‘RHONJ’ co-star and sister-in-law, Melissa Gorga, won’t be a bridesmaid at her upcoming wedding to Luis Ruelas.

Teresa Giudice and Melissa Gorga have come a long way as sister-in-laws on The Real Housewives of New Jersey. (Remember those epic family fights from seasons 3 to 5?) But apparently, their relationship hasn’t improved enough for Melissa, 42, to be a bridesmaid at Teresa’s upcoming wedding to fiancé Luis Ruelas. The Bravo OG, 49, dropped that bomb while on Andy Cohen‘s Watch What Happens Live After Show following the March 15 episode of RHONJ.

Teresa revealed she’s having eight bridesmaids at the nuptials, which prompted fellow guest Loni Love to ask if any of those bridesmaids include her co-stars. “No,” Teresa firmly responded, meaning her longtime friend (and fellow Housewife) Dolores Catania won’t be a bridesmaid, either. Andy asked specifically about Melissa’s possible involvement, and Teresa reiterated again that Melissa is not going to be a bridesmaid.

Then, as Andy, Loni, and the crowd reacted surprisingly to Teresa’s comments, the Skinny Italian author begged, “But don’t make a big deal. I mean, come on!” Andy explained he has “a very reactive audience,” and then asked Tre if the bridesmaid bombshell will be news to her sister-in-law. “I mean, I guess so. Hello, we’re on national TV,” she said with a laugh.

Teresa revealed a bit more about her wedding on WWHL. She confirmed the nuptials are taking place this summer in New Jersey. She also explained that she initially considered saying “I do” in Italy, but decided to have the wedding in her home state after participating in an Auyahuasca ceremony. Tre had a vision that Andy and his close pal Sarah Jessica Parker were at her wedding during the ceremony, which she and Andy laughed about on WWHL.

The upcoming nuptials will mark Teresa’s second wedding. She married Joe Giudice, 49, in 1999, but the former couple — who share daughters Gia, 21, Gabriella, 18, Milania, 16, and Audriana, 13 — called in quits in Dec. 2019. They finalized their divorce in Sept. 2020. Teresa and Luis began dating shortly thereafter, and in Oct. 2021, the lovebirds got engaged on vacation in Greece.