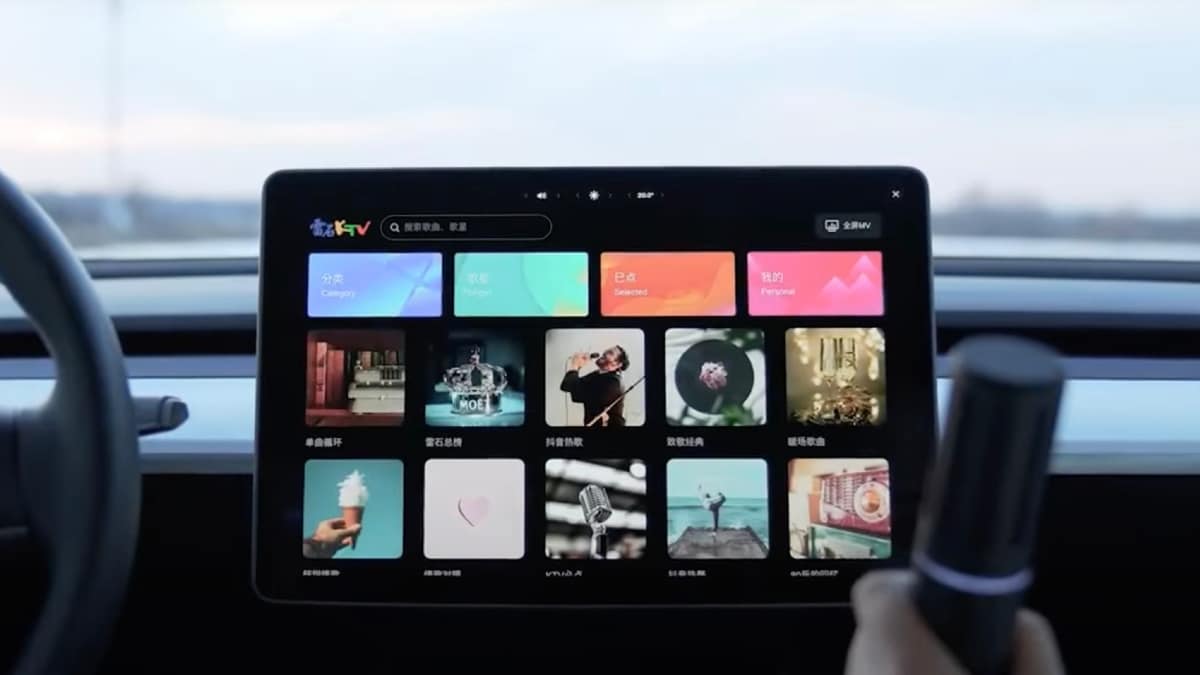 Tesla has released a microphone for its new in-car karaoke system that was introduced as part of its Chinese New Year software update. TeslaMic and is currently only available in China. The company tends to bundle the end-of-the-year software update with fun features across the world. This time, for the Chinese New Year, Tesla decided to launch a physical product. The TeslaMic is a microphone that is designed to work with Leishi KTV, a karaoke system that is also a part of this update. The company appears to be building on the karaoke feature it introduced with the 2019 V10 software update.

Tesla released the new 2022.2.1 software update in China that brings a complete karaoke experience with the TeslaMic. The new update allows Tesla owners to access Leishi KTV’s interface and catalogue via their EV’s onboard computer. As per the description provided by Tesla, the TeslaMic automatically pairs with the vehicle’s computer and features a number of sound modes to help out singers. Tesla also shared a demonstration video of the 2022.2.1 software update on its official Weibo account. In the video, the TeslaMic is shown to be operable outside Tesla vehicles. The karaoke system currently does not support third-party microphones. TeslaMic is currently available to purchase on Tesla’s Chinese store for CNY 1,199 (roughly Rs. 14,000).

Tesla recently announced that it expects its vehicle deliveries to grow by 50 percent year-over-year in 2022 even though the company expects to face persistent supply chain issues this year. The company has fared better than its competitors in managing supply chain issues and managed to deliver a record number of vehicles in the last quarter. Elon Musk, Tesla CEO, has said that the company would postpone the rollout of its Cybertruck, Semi, and Roadster to 2023.

Spider-Man: No Way Home Box Office Climbs to $1.74 Billion, Earns $1 Billion Outside US