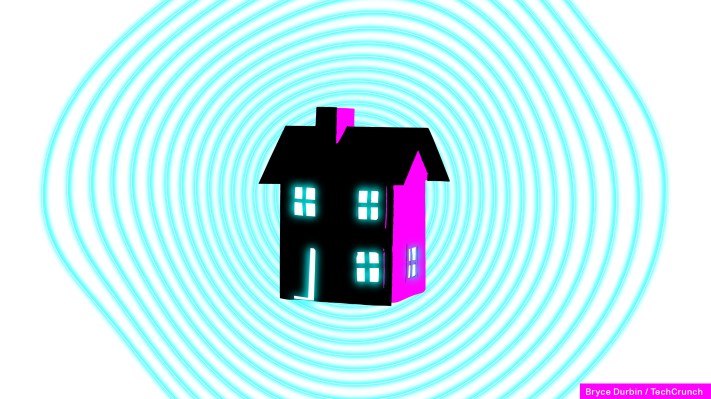 If you’ve been shopping for a major appliance lately, you might have noticed that everything from ovens to fridges, TVs, dishwashers, and microwaves are equipped with WiFi connectivity. It’s so popular these days that it’s increasingly difficult to buy appliances without smart features onboard.

Smart devices are everywhere, embedded in practically everything—but actually making a smart home that works together in harmony is a nightmare that the average person is unlikely to be able to navigate on their own.

I’ve been navigating this myself lately as someone who just purchased their first home, eager to make the most of the best of this smart tech now that I’m able to rip out light switches and cut holes in my walls when I want to. If you’re intentional about what you buy, the smart home can be magical, and I was ready to invest in that.

My plan was to go into the smart home eyes wide open and take my time to only buy devices that complement each other. I knew from my time renting that cobbling together a bunch of random smart devices without much thought grew increasingly annoying over time. Over the last few months I’ve spent hours researching things like smart light switches, sensors, and blinds before spending any money.

But, even as someone who works in technology it’s amazed me just how complicated the smart home still is: it’s full of jargon and incompatible standards. Before buying anything, people who want to get into the ‘smart home’ need to choose their ecosystems and technologies wisely from the outset or they’ll be fidgeting with it for years, but no device maker is up front with this.

The basic goal of anyone building a smart home should be: which device do I want to primarily manage these things through? For most people, the best route is likely via a smart speaker like the Google Home, Amazon Alexa, or Apple’s HomePod, all of which will allow you to control those devices with your voice as well as a single app on your phone.

The problem, however, is that the need for a single app or device to control all the smart things isn’t obvious at the outset until you end up with a few different devices that it’s annoying to switch between different apps to control each of your light bulbs.

That means the average smart home dabbler needs to somehow understand whether the thing they’re buying will work with Google Home and Amazon Alexa, if they have any smart speakers. Then, if they own an iPhone, they need to understand what Apple’s HomeKit standard is, which allows them to use Siri and the Home app on iOS as well (and is well worth the effort, providing a single app that controls your entire home).

After that, perhaps they realize they want to get sensors to automate those devices to do things like having the lights turning on when they enter a room, they’ll likely need to consider the Z-Wave or Zigbee standards, which unlock automation for any device regardless of manufacturer, but often requires an additional hub to function.

Also important but not immediately obvious is whether or not a device connects directly to your WiFi or via a hub of some kind, which needs to be plugged into your router. I’ve found over the years that the latter is better even though it might be counterintuitive, because it means you aren’t dealing with WiFi dead zones, devices vanishing from your network without explanation, or needing to reconnect every single light switch if you change the network name down the road. But, having six different hubs for each manufacturer’s devices is also a little ridiculous. 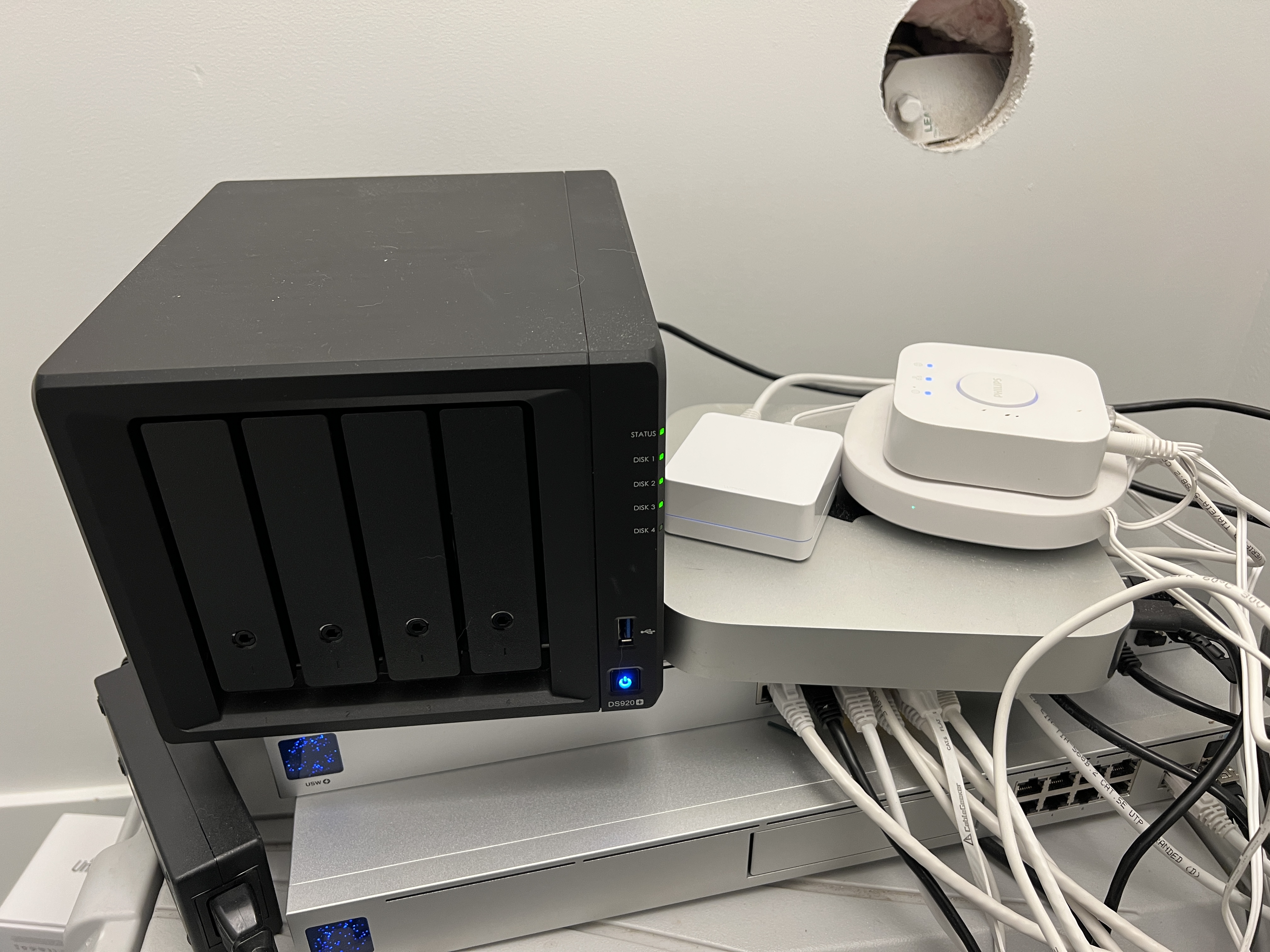 The author’s messy smart hubs piled up in a closet

Smart home geeks will be quick to point you in the direction of open source projects like Homebridge or Home Assistant, which runs on a Raspberry Pi, to bridge these ecosystems for many devices regardless of whether their creators actually support it. These projects are impressive and enable a lot of incredible smart home setups, but the mere suggestion of this is absurd for the average person given the difficulty involved, and should be a demonstration of why the smart home has failed.

I researched devices for weeks to avoid as much pain as possible when setting up our new home, ultimately settling on a set of brands that I’d stick to throughout the home because I knew they worked with Google Home, Amazon Alexa and Apple’s HomeKit platform. For smart lights, I replaced all of my light switches with Lutron Caseta, which are widely regarded as ‘rock solid,’ and I refused to introduce any other brand of smart switch. Since we were moving into a new home with no blinds, we also invested in Lutron’s Serena Shades smart blinds, which allow automation of your blinds and connect to the same system. In any lamps or for accent lighting, Philips Hue is my go-to, and so on.

I’m not immune to the pitfalls I described, ironically: I already owned a few Kasa smart plugs before moving into our new home, which aren’t compatible with HomeKit, and would have meant I would be unable to automate them in the Apple Home app to work with my other devices, and our house came with a Samsung smart fridge and oven that also aren’t compatible.

So, despite my planning I still wound up setting up Homebridge to make them work in harmony anyway, which worked great after I fiddled for a while, eventually tricking everything into working as if it were officially supported. But, I’d hazard a guess the mere mention of running a terminal command on a Raspberry Pi is a non-starter for most casual smart home shoppers.

There is hope on the horizon, with large smart home companies jumping onboard a new standard called Matter which promises to provide a “foundation for connected things” by ensuring they can all talk to one another, regardless of ecosystem you’re in. Matter, which is an open-source standard, promises to make your devices work in every app, regardless of who made them. More importantly, it has serious buy-in from the largest companies in the space, including Amazon, Apple, Google, Samsung, Wyze, Philips Hue and many more. 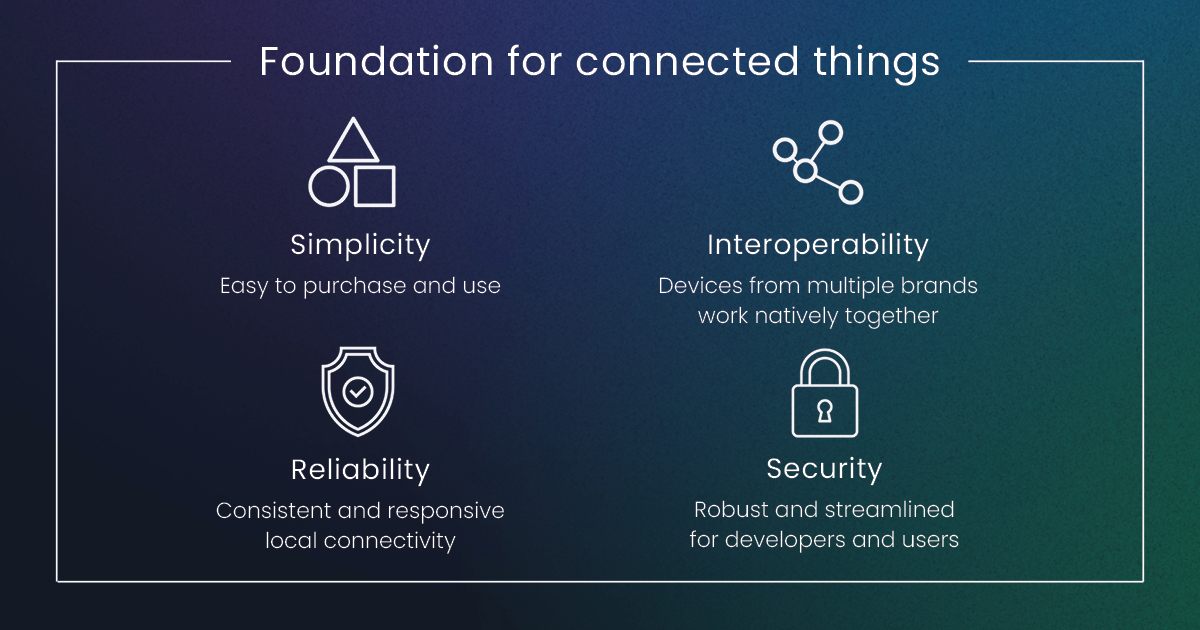 Matter promises to bring the smart home together.

Matter can actually be added to existing products via a software update because it works on top of their existing connectivity, including WiFi, Bluetooth or the Thread standard, and allows devices to talk to each other both locally, without connectivity to the internet, as well as remotely for when you’re away from home. It promises to both make automation work between all of your devices regardless of what you buy, but also mean it’s easier to move between ecosystems, such as from Amazon’s Alexa to Google Home.

While Matter is promising, it hasn’t solved things yet and most companies are still working on adding support for the standard, which will take time and there’s no guarantee manufacturers will bother updating existing devices, given that they only make money when you buy something new.

That means for the foreseeable future, the smart home remains fragmented and confusing for most people beyond the most basic setups. Until it improves and a standard like Matter solves the integration hole so that nobody needs to utter the words ‘Raspberry Pi’ to make things harmonious, I won’t be recommending my parents invest in smart lights just yet.